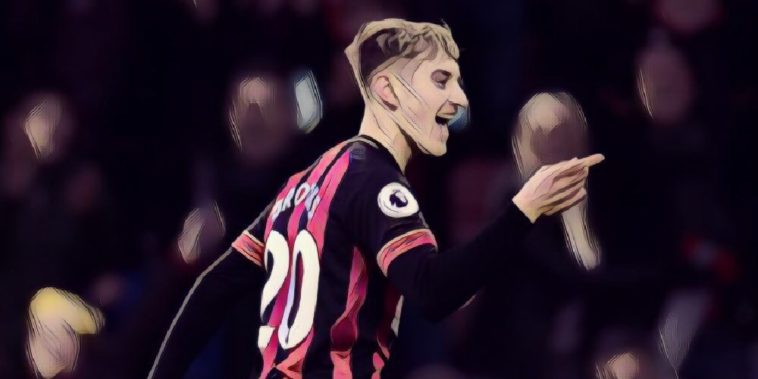 Manchester United are being linked with a £50m move for Bournemouth star David Brooks.

Ole Gunnar Solskjaer is plotting a summer overhaul of his squad following a disappointing campaign, with the Manchester United boss said to be targeting emerging domestic talent as he bids to revive the club’s fortunes.

According to the Sun, Bournemouth midfielder Brooks has now emerged as a potential target.

The Welsh international enjoyed a superb first season for Eddie Howe’s side since joining from Sheffield United, seamlessly adapting to life in the Premier League following an £11.5m move last summer.

David Brooks: Has scored more counter-attacking goals (3) than any other player in the Premier League this season

The 21-year-old scored seven goals and provided a further five assists in an impressive campaign, with Tottenham also believed to have been monitoring the youngster’s progress.

Bournemouth are unlikely to want to lose one of their key players, and would demand a fee in the region of £50m for a player who is comfortable in a variety of midfield roles.

The Cherries’ position is somewhat strengthened by the fact that Brooks only signed a new long-term deal in March, having been rewarded with a new contract just months after signing following his impressive start to life at the club.

Should Brooks move to Old Trafford, he would join international teammate Daniel James who became United’s first summer signing in an £18m deal from Swansea.

United are thought to be close to signing Crystal Palace full-back Aaron Wan-Bissaka, having seen two bids rejected for the England U21 international.