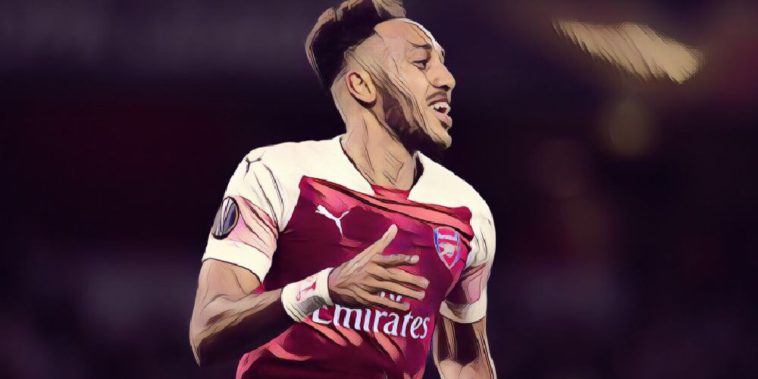 So, Manchester United have been linked with many names already this summer, but here’s a new one, Arsenal striker Pierre-Emerick Aubameyang.

The Gunners number 14 has been linked with an Emirates exit this summer, with Arsenal fans going into full-on panic mode that he had removed the clubs name from his Instagram bio just days after being linked with a move to China.

Now, in a new line, talkSPORT’s Manchester United supporting presenter, Andy Goldstein, has revealed that ‘someone on the inside’ of the footballing stratosphere has told him that his beloved club have lodged a ‘first offer’ of £70 million for the Gabon international.

“He has told me that United are interested in Aubameyang. What do you make of that? He’s got two years left on his deal, just under. He is 29 years old. He’s the finished article. United did something similar with Van Persie. Romelu Lukaku isn’t doing it for Solskjaer, I’m led to believe.

“Do you want to know the number I’m being told? I think it’s crazy money for a 29-year-old. What would you say? Two years left on his deal, scores goals.

Goldstein held up a piece of paper to his colleague, former Chelsea defender Jason Cundy, which apparently said £70m on it.

“There’s the first offer. For a 29-year-old. He’s only got two years left. If you’re at Arsenal and you’re in roughly the same sort of place as United at the moment, and United come in for you, where do you go?

Make of that what you will…

“I’ve got somebody on the inside…”

“He’s told me that Man United are interested in signing Aubameyang.”