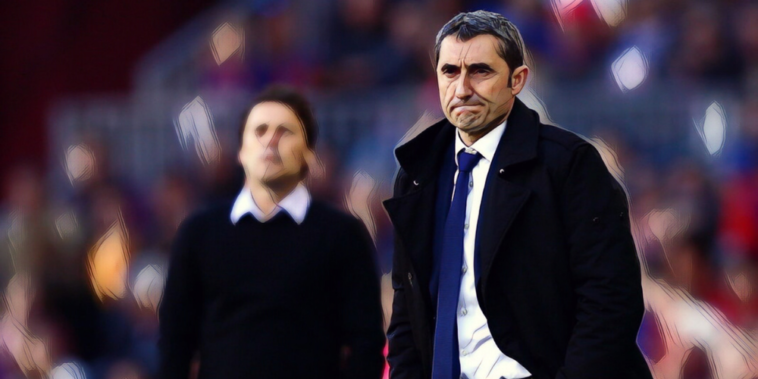 Manchester United have held talks with Ernesto Valverde about becoming the club’s interim manager, as Mauricio Pochettino insists he is ‘happy’ at Paris Saint-Germain.

Valverde is without a club at present and has been approached by the Red Devils, with the Spaniard having been out of work since leaving Barcelona in 2020, having won two La Liga titles during his time at the Camp Nou.

According to The Guardian, the 57-year-old is amongst five candidates shortlisted for the role, though United will ‘abandon’ the pursuit of an interim manager if the club can persuade Pochettino to take the permanent position.

However, speaking ahead of PSG’s Champions League clash with Manchester City this evening, the Argentine reiterated his commitment to the Ligue 1 side amid the continued speculation of interest from Old Trafford.

“I am happy in Paris. I know the city well both as a player and a coach, I have always lived in this type of situation,” Pochettino told reporters on Tuesday when asked about his current situation.

“Things happen and it’s not my responsibility. “What I’m going to say if you ask me is that I’m happy in Paris.

“I am focused. I am very focused on football. I am not a child. I spend my whole life playing football and now being a coach. We are in a business where the rumours are there. I completely understand what is going on.

“This type of thing cannot distract (us). The rumours are there and we need to live with that. This is what we are living. We need to be focused. I am so happy in PSG. For tomorrow, we are so focused on trying to get the best result we can.