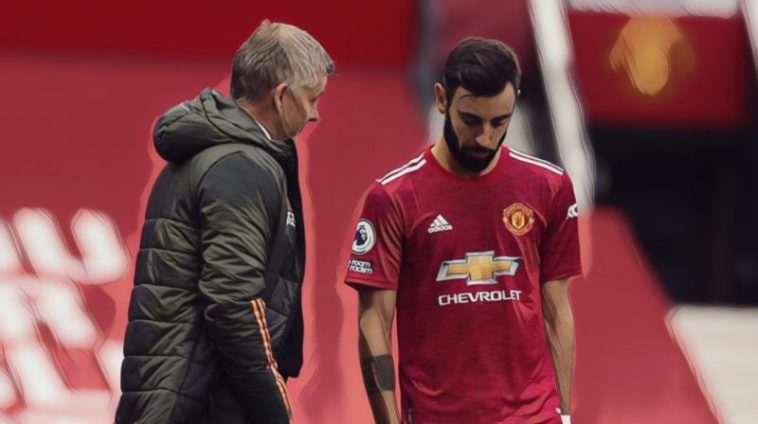 Bruno Fernandes has denied reports he rowed with Ole Gunnar Solskjaer during Manchester United’s humiliating 6-1 defeat to Tottenham and says the speculation is ‘in no way true’.

Fernandes was surprisingly substituted at half-time of the loss with United trailing 4-1 at the interval, with reports emerging that the midfielder had questioned Solskjaer’s tactics during a dressing room rant.

The Portugal international has now moved to dismiss those claims and whilst admitting words were spoken following their calamitous performance, Fernandes revealed his exchange was with teammates and says reports of a bust-up with Solskjaer are simply an attempt to ‘destabilise the group’.

“There’s been a lot of speculation about that,” the midfielder told Sport TV.

“I believe it is a way to destabilise the group. What was said is in no way true.

“I was replaced at half-time, it is true, by technical option. The coach told me that the game was almost over and that we would have a lot of games ahead of us. Got it. I was not satisfied but said nothing that could harm the group.”

Fernandes hit out at the media following the reports and emphasised his intentions to get the club’s season up and running after the international break, United travelling to face Newcastle on Saturday evening and looking to bounce back having won just once in their opening three Premier League fixtures.

“Do not use my name, my colleagues or the coach to make trouble at Manchester United,” he said.

“The atmosphere is good and the team is ready to give an answer in the next game.”