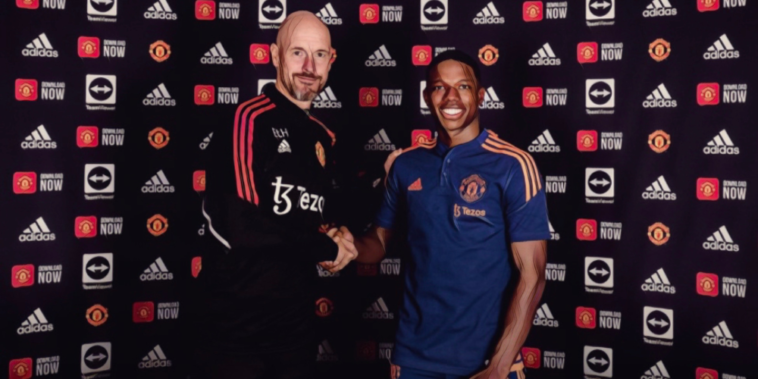 Manchester United have announced the signing of Tyrell Malacia from Feyenoord, with the left-back becoming Erik ten Hag’s first signing.

Malacia has signed a four-year contract with the option to extend for a further season, after the Red Devils agreed a deal worth an initial £13m, potentially rising to £17m with add-ons.

The 22-year-old came through the academy system at Feyenoord and made 136 appearances in all competitions, while he was named in the Europa Conference League Team of the Season after the Dutch side finished as runners-up in the competition last season.

The five-cap Netherlands international has described the move as an ‘incredible feeling’ and has promised to ‘leave everything on the pitch’ for his new side.

“It’s an incredible feeling to have joined Manchester United. This is a new chapter for me, a new league with new team-mates and a tremendous manager [Erik ten Hag] leading us,” the defender told man.utd.com.

“I know from playing against his teams in the Eredivisie, the qualities that he has and what he demands of his players.

“Whilst I know that I am still young and will continue to develop, I can promise the United fans that I will leave everything on the pitch every time I pull on the red shirt. I’ll always be thankful to Feyenoord for all they have given to me and my family.

“None of this would be possible if it wasn’t for them. Now I’m ready to focus on the future with United, and help my new club achieve success.”

United are also closing in on a deal to sign free agent Christian Eriksen, whilst talks continue with Barcelona over Frenkie de Jong.