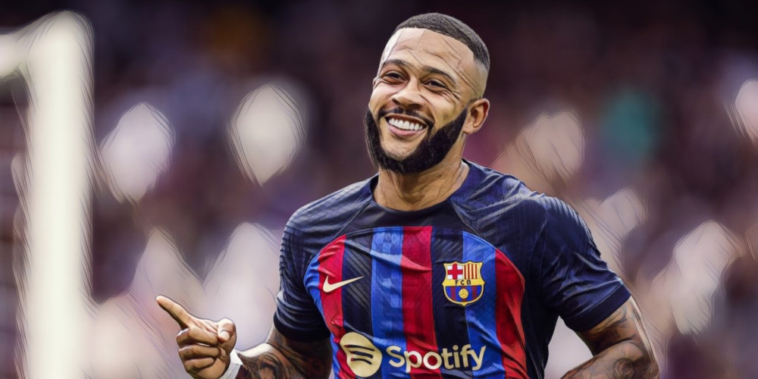 Manchester United have reportedly accelerated their attempts to re-sign Memphis Depay from Barcelona, following Cristiano Ronaldo’s exit from the club.

Ronaldo has departed the Red Devils with immediate effect following a “mutual agreement” to terminate his contract, as a result of the 37-year-old’s controversial and unauthorised interview with Piers Morgan.

United had planned to sign a centre-forward during the summer, but will accelerate plans for additions in the winter window and are targeting a move to bring Depay back to the club.

The Netherlands international struggled after a £25m move to Old Trafford from PSV Eindhoven in 2015, but has since impressed across spells with Lyon and Barcelona.

Depay scored 13 goals in all competitions for the Spanish side last season, but has lost his place to Robert Lewandowski during the current campaign and has made just two league appearances.

According to Sport, Barcelona are keen to offload the Dutchman in January after he came close to a summer move to Juventus. The Spanish side are understood to be prepared to allow Depay to leave on a free transfer as the club look to reduce their wage bill.

Erik ten Hag believes Depay has matured since his first spell at United and is keen to bring his compatriot back to English football.

He is currently with the Dutch squad at the World Cup, for who he has scored 42 goals in 82 appearances at international level. Only Robin van Persie has ever scored more goals for the Oranje.