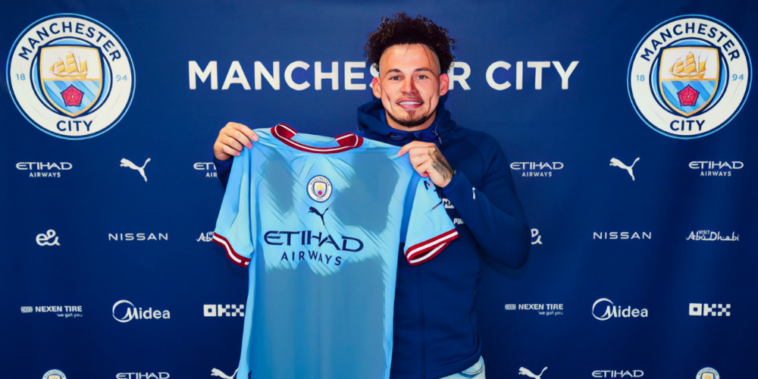 Manchester City have confirmed the signing of Kalvin Phillips from Leeds, with the midfielder signing a six-year deal at the Etihad.

Phillips has signed a long-term deal with the Premier League champions after a fee in the region of £45m-£50m was agreed for the England international, who came through the academy ranks at Leeds and made 234 appearances for his boyhood club.

The 26-year-old has excelled since Leeds’ return to the Premier League, breaking into the England squad and playing a key role in the Three Lions’ run to the final of Euro 2020 last summer.

Sky Sports are reporting that Phillips turned down approaches from several other clubs, insisting City was the only side he considered when deciding to leave Elland Road.

Phillips will wear the number four shirt and will add competition in midfield following the exit of Fernandinho.

“I am absolutely delighted to have joined Manchester City,” Phillips told the club’s official website.

“City have again proved to the best team in the country with an amazing squad and a manager in Pep Guardiola who is rightly considered to be the finest in the world.

“To be able to play under Pep and learn from him and his coaching staff as well as be part of a such a fantastic squad is a prospect that I am incredibly excited about.

“City are a world-class club with world-class staff and facilities and it’s a dream come true to have joined the club.

“Now I can’t wait to get started and to look to try and help the team to go on and achieve more success.”