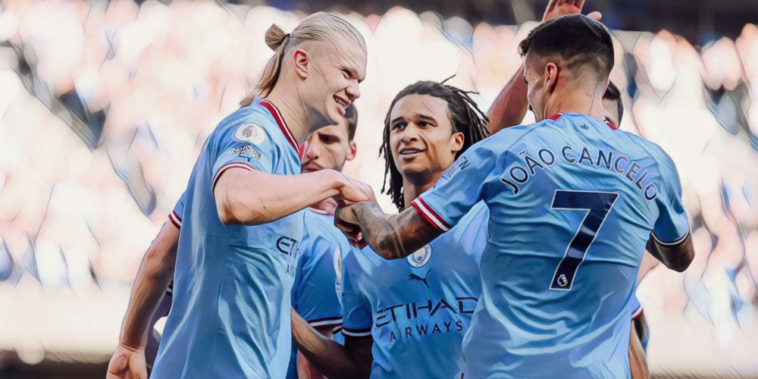 Manchester City return to Premier League action this weekend, with the champions hosting Brighton at the Etihad.

Pep Guardiola’s side saw their unbeaten record ended last week, but will be ready to bounce back after a rare and welcomed midweek break to recharge the batteries.

Here is all you need to know about Saturday’s game.

City suffered a first defeat of the season at Liverpool last weekend, as Mohamed Salah’s goal brought an end to the Premier League’s final unbeaten record.

The defeat saw City fall four points behind leaders Arsenal and was a second successive game without a goal scored, following a 0-0 draw at Copenhagen in the Champions League.

City – who were named Club of the Year at the 2022 Ballon d’Or ceremony on Monday – will be confident of a response at the fortress that is the Etihad. Guardiola’s side have won 12 consecutive games in all competitions on home soil, while their seven home fixtures this season have seen 31 goals scored.

The loss at Liverpool was the first Premier League game this season that Erling Haaland has failed to score or assist in. Brighton might just face his brutish backlash.

Roberto De Zerbi is still awaiting his first win as Brighton boss, with his winless run extended to four games following a goalless draw with Nottingham Forest on Tuesday. Familiar flaws remain despite a change in head coach and Brighton remain wasteful around goal.

De Zerbi’s reign began with a thrilling 3-3 draw at Liverpool, but since then the Seagulls have failed to score in three games – despite firing 54 shots at goal.

Incredibly, Brighton have failed to score despite an xG of 4.53 in their last three games. No side has failed to score in more games (72) than Brighton since the club’s promotion ahead of the 2017/18 season and De Zerbi’s side can ill-afford to be as wasteful at the Etihad this weekend.

Manchester City broke down a stubborn Brighton side to move back to the top of the Premier League in April.

There was tension around the Etihad as the Seagulls frustrated their hosts during the opening exchanges, but City stepped up a gear in the second half to find a breakthrough.

Bernardo Silva wrapped up the win from a De Bruyne assist, as Pep Guardiola’s side moved back above Liverpool at the top of the division.

What channel is Man City v Brighton on?

Man City vs Brighton will not be broadcast on live television to a UK or Irish audience.