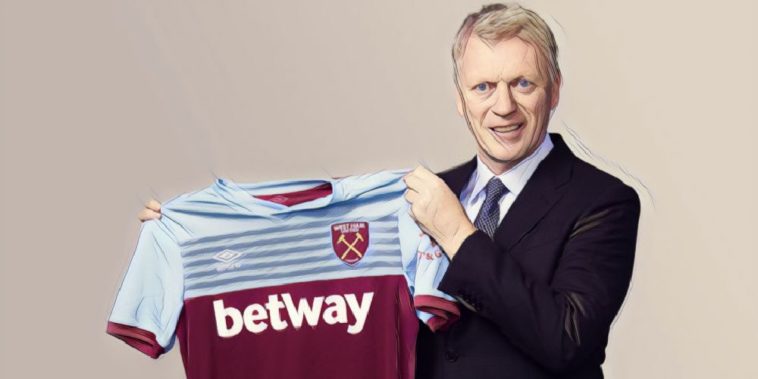 The conveyor belt of West Ham managers took an unusual twist last week, seemingly being put into reverse as David Moyes was appointed for a second spell in charge at the London Stadium.

The Scottish coach originally took over at West Ham in November 2017 with the club in the relegation zone, and he managed to steer the East London outfit to safety before being replaced by Manuel Pellegrini.

The old adage tells us ‘you should never go back,’ not just in football but also in life, so we’ve decided to look at how much truth is in that saying, by taking a look at the seven managers to boss the same Premier League club twice…

A huge favourite on Tyneside, Keegan took charge of Newcastle during the club’s greatest period of the Premier League era. Having been appointed in 1992 with the club languishing at the bottom of the second tier, Keegan turned the club’s fortunes around during a memorable five-year spell.

Promotion to the Premier League was achieved in his first full season, with the Magpies making a stunning impact on the top flight. UEFA Cup qualification was secured with a third-placed finish on their return to England’s top division, as forward Andy Cole secured the Golden Boot with a league record 34 goals.

A sixth-placed finish was achieved despite Cole’s departure to Manchester United a year later, though the following season was Keegan’s most memorable as Newcastle boss. Known as the great entertainers of the Premier League for their attacking style, Keegan’s side led the division by 12-points in January.

Newcastle would ultimately collapse and finish as runners-up, Keegan’s infamous ‘I would love it‘ rant and a classic encounter at Anfield proving iconic moments from Premier League history.

Having resigned in 1997, Keegan would return to St James’ Park over a decade later, unexpectedly rejoining the club in 2008. His second spell would prove an unhappy one, however, with Newcastle struggling and the manager clashing with the club’s dysfunctional hierarchy including owner Mike Ashley and executive Dennis Wise.

It would end with a second resignation and legal dispute, Keegan suing the club and being awarded compensation for constructive dismissal at a tribunal.

The former Everton player would have three spells as manager at Goodison Park, guiding the club to two league titles and an FA Cup in the 80’s, whilst his second spell included being in charge of the Merseyside club as the inaugural Premier League season began in 1992.

After guiding the club to a 13th-placed finish in the first season of the newly-branded competition, Everton would struggle the following year and after a seven-match winless run and dispute with the club’s hierarchy, he left the club in December 1993.

He would return to the club four years later, though his third spell would last just a solitary season. Everton would once again struggle and narrowly avoid relegation, Kendall leaving the club for a final time by mutual consent following a 17th-placed finish.

The former Manchester United winger would enjoy four spells at Crystal Palace as manager, with the club featuring in the Premier League for two of those tenures.

Becoming one of the youngest men to ever manage in the Football League upon his appointment at Palace in 1984, Coppell oversaw an impressive reign that included promotion to the Premier League and an FA Cup final appearance.

The inaugural season of the Premier League saw his first Palace reign unravel, however, as Coppell resigned with the club finishing 20th and suffering relegation back to the second tier.

Returning to the club in 1997 for his third spell in charge, Coppell secured another promotion to the top flight that same year.

Back amongst English football’s elite, Palace struggled once again in the top-flight and would make an instant return to the second tier, Coppell being replaced by Terry Venables with relegation confirmed.

Having swapped his director of football role at Portsmouth for a seat in the dugout, Redknapp would guide the South Coast club to the second tier title, returning Portsmouth to the top flight following a 15-year absence.

Redknapp would ensure the club’s survival in their first season in the Premier League, though fell-out with owner Milan Mandaric over his assistant Jim Smith and would resign in November 2004. Just weeks after his Fratton Park departure, Redknapp was appointed manager at arch-rivals Southampton, a move which saw him labelled a ‘Judas’ by the club’s fans.

After suffering relegation at Southampton, Redknapp returned to struggling Portsmouth in December 2005 to a mixed reception following the sacking of Alain Perrin. A fine end of season run saw the club move away from relegation trouble, before he led the club to their highest league finish since the 1950’s the following year.

Having rejected the Newcastle job in 2008, Redknapp led Portsmouth to FA Cup success that year, the club winning the trophy for the first time since 1939. Despite winning long-awaited silverware he would leave the club for Tottenham five months later, bringing an end to his second spell at the club.

The self-proclaimed ‘Special One’ made a huge impact upon his arrival in English football, the Portuguese manager moving to Chelsea having just won the Champions League at Porto.

Backed by owner Roman Abramovich’s millions, he would establish himself as the club’s most successful ever manager, winning back-to-back Premier League titles during his first two seasons in charge.

A star-studded team including the likes of John Terry, Frank Lampard, and Didier Drogba emerged as one of the great Premier League sides, conceding just 15 goals in the 2004/05 season as the club ended a 50-year wait for a league title.

Two League Cups and an FA Cup triumph would also come in a trophy-laden spell at Stamford Bridge, before he unexpectedly left the club by ‘mutual consent’ in September 2007.

Spells at Inter Milan and Real Madrid would follow, including winning a second Champions League title with the former, before a shocking return to West London in 2013. In his second season back in charge, Mourinho would once again win the Premier League title, being named as the division’s Manager of the Season for a third time.

A poor run of form at the start of the following season saw his second Chelsea spell end in typically dramatic fashion.

Arriving from Getafe for his first spell in charge in 2015, the Spaniard enjoyed a solid debut season at Vicarage Road before surprisingly leaving after just a single campaign in charge. A 13th-placed finish and an FA Cup semi-final appearance were delivered during that campaign, as Troy Deeney and Odion Ighalo combined effectively upfront.

Flores returned in 2019 as he replaced fellow countryman Javi Gracia, who despite having guided the club to the FA Cup final in the previous season had overseen a horror run of form, which had seen the Hornets go winless in the Premier League since April and the club rooted firmly to the bottom of the table.

Hopes were high amongst the Watford faithful that Flores could revive their fortunes, and a 2-2 comeback draw against Arsenal in his first game back was a positive start. However, a humiliating 8-1 drubbing away to Man City the following week would prove to be a more realistic reflection of what was to come.

After 10 games and just one win, Flores was sacked by the Pozzo family for a second time, with the Spaniard replaced by Nigel Pearson and Watford still at the bottom of the table and six points from safety.

Former Manchester United and Everton manager Moyes originally took over at the London Stadium on a short term deal in November 2017 with the Hammers mired in the relegation zone.

The Scottish coach had arrived in East London looking to rebuild his career after a disastrous spell at Sunderland, and to be fair to him, he managed to guide West Ham to a respectable 13th placed finish. Moyes was keen to stay on long-term and urged the clubs controversial owners David Sullivan and David Gold to give him a chance and improve how the club scouted and signed players.

However, after a good start to the season things soon began to go tits up and Pellegrini was sacked, Moyes being reappointed on an 18 month deal with the club languishing around the relegation zone.

Messrs Sullivan and Gold are already hugely unpopular figures with the Hammers Faithful, and the rather comical appointment of a man they deemed not good enough only a short while ago has been met with widespread derision in East London. Once considered one of the better coaches in the Premier League, the fact Moyes has been out of work since he was let go by West Ham says it all really about his current standing in the game.

Read Also – Best of the 2010’s: The Premier League Team of the Decade