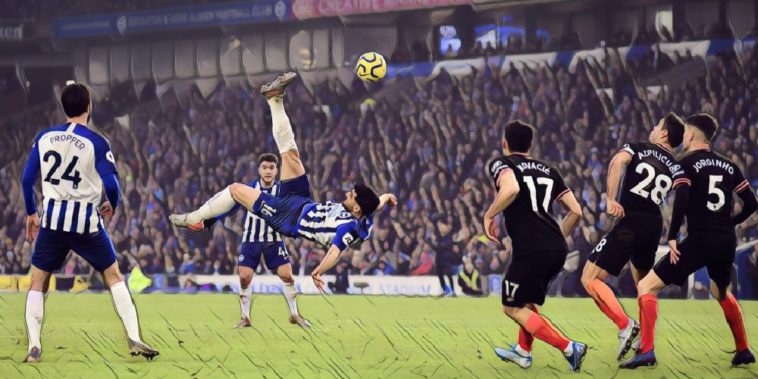 After securing a comeback win to beat Arsenal in their final game of 2019, Chelsea made the relatively short trip to the South Coast with hope of strengthening their place within the top four, the Blues starting the day four points ahead of fifth-placed Manchester United.

Frank Lampard‘s men would open the scoring with what was the first goal of 2020, Cesar Azpilicueta poking home from close range in the 10th minute.

However, having only netted his first goal in English football at the weekend, Alireza Jahanbakhsh’s strike against Bournemouth had clearly given the forward the taste for goals, the Iran international netting a superb bicycle kick with just six minutes to play to bring Brighton level.

Both sides had chances to win it late on, Callum Hudson-Odoi and Aaron Connolly missing presentable opportunities, and speaking afterwards, Chelsea boss Lampard admitted that it was a ‘frustrating’ afternoon.

“It was frustrating for different reasons,” Lampard told BT Sport.

“In the first half, the game was there to be won. We weren’t ruthless enough. We got the goal and we had the possession. But we just didn’t kill the game off.

“We allowed them to stay in the game. In the end it was a wonder goal but we were lucky not to lose the game.

“In the end, the tactics matched up for both teams but they were better than us. We have to take that on the chin.”

The draw means that Chelsea haven’t won back-to-back games for over two months, and Lampard admitted that their lack of consistency was a concern, the club winning just six of their last 14 matches in all competitions.

“[The lack of consistency] is a concern. It’s something we absolutely have to look at.

“We have to look at the game today. It’s a point, I’m not happy with the performance.”

Chelsea return to action at the weekend with their FA Cup third round tie with Nottingham Forest at Stamford Bridge, the competition looking like the clubs only realistic chance of securing silverware this season.