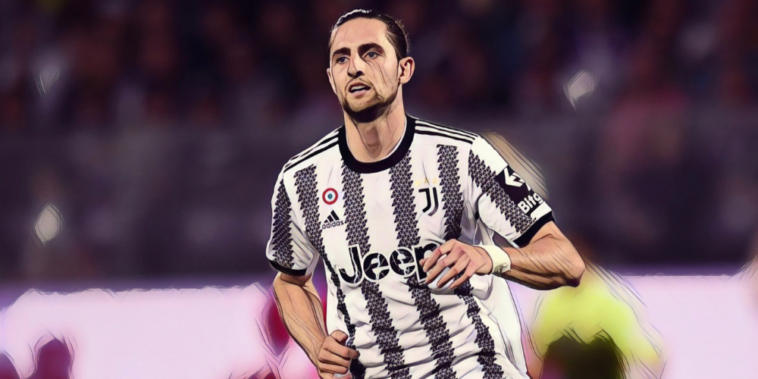 Manchester United are said to be ‘working on’ a deal to sign Adrien Rabiot from Juventus as the club look to improve their midfield options before the transfer deadline.

Rabiot has entered the final 12 months of his deal in Turin and has emerged as a leading target for Erik ten Hag in the closing stages of the window, with the Red Devils having so far been frustrated n their pursuit of Frenkie de Jong.

The Athletic are reporting that United face a decision on whether to make a move for Rabiot irrespective of the club’s success in signing De Jong, or wait to discover the outcome of their pursuit of the Barcelona midfielder.

United are understood to have agreed an initial fee of around £63m for the Netherlands international in July, but there has since been little progress on a deal with the 25-year-old’s preference to remain at the Camp Nou.

Rabiot offers an attainable alternative and has a proven track-record of winning major honours, having won five league titles with Paris Saint-Germain before a free transfer move to Juventus in 2019.

The 27-year-old – who has earned 29 caps for France – has since won Serie A and the Coppa Italia since moving to Italy.