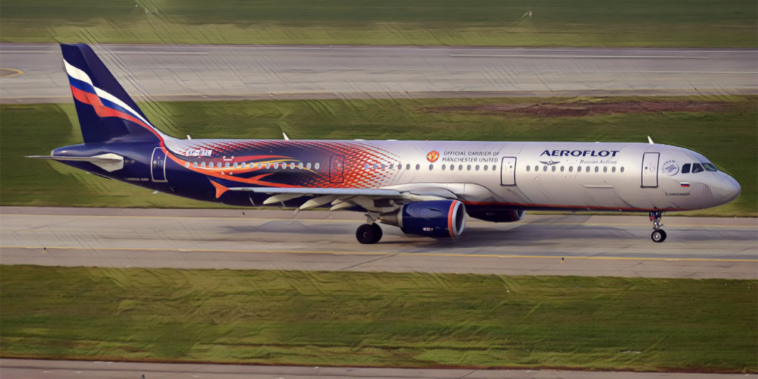 Manchester United are set to end their sponsorship agreement with Aeroflot following Russia’s invasion of Ukraine.

United are keen to distance themselves from the Russian airline following the growing crisis in Ukraine, in which Russian forces have began to invade the neighbouring nation with missile strikes having been launched on Thursday morning.

Aeroflot have been one of the Red Devils’ major sponsors since 2013 and their agreement was renewed in 2017 in a deal worth £40m. That sponsorship is set to expire in April and the Mirror are reporting it will not be renewed.

United travelled to Spain for their Champions League last 16 first leg against Atletico Madrid, though opted to amend their travel plans amid the escalating situation, flying with an alternative airline to Madrid.

United will now pursue a deal with a new airline to replace Aeroflot – the national airline of Russia – as the club’s official carrier, with Qatar Airways having been mentioned as a potential partner.

The conflict between Russia and Ukraine is also set to see UEFA change the venue for this season’s Champions League final with the 2022 showpiece scheduled to take place at the Gazprom Arena in Saint Petersburg in May.

A statement from UEFA confirmed that a meeting of the Executive Committee will take place on Friday.

“Following the evolution of the situation between Russia and Ukraine, the UEFA president has called an extraordinary meeting of the Executive Committee for 10:00 CET on Friday 25 February, in order to evaluate the situation and take all necessary decisions.”

Wembley has been mentioned as an alternative as fears rise over the growing crisis, though the Playoffs are due to be held that weekend.