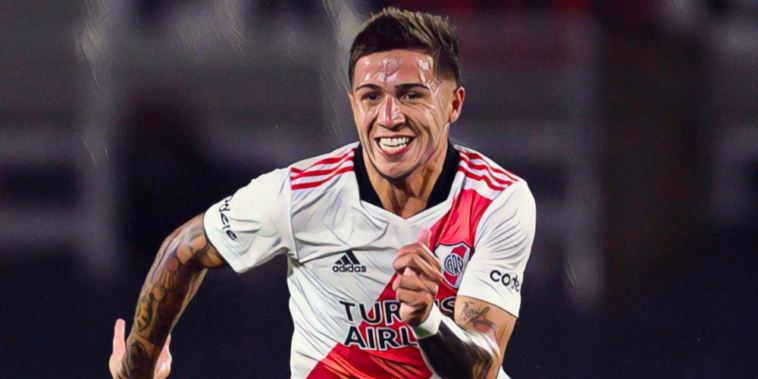 United sent scouts to watch the 21-year-old during River Plate’s 2-0 win over Fortaleza in the Copa Libertadores on Wednesday, in which Fernandez opened the scoring for the Argentine champions.

Fernandez has impressed since breaking into the first team at River Plate, having gained experience during a loan spell at divisional rivals Defensa y Justicia, where he worked under Hernan Crespo.

United are now tracking his progress ahead of a potential move, with reports in Argentina, as per  Sport Witness, reporting that Fernandez has a release clause of €20m in his contract with Los Millonarios.

Real Madrid are also interested, though neither side has made a formal offer despite holding ‘talks’ over a potential deal.

Manchester City have also been credited as admirers, having agreed a deal to sign Fernandez’s River Plate teammate Julian Alvarez in January.

Alvarez – who was named as South American Footballer of the Year in 2021 – will join up with the Premier League champions this summer after remaining on loan in Argentina until the end of the season.