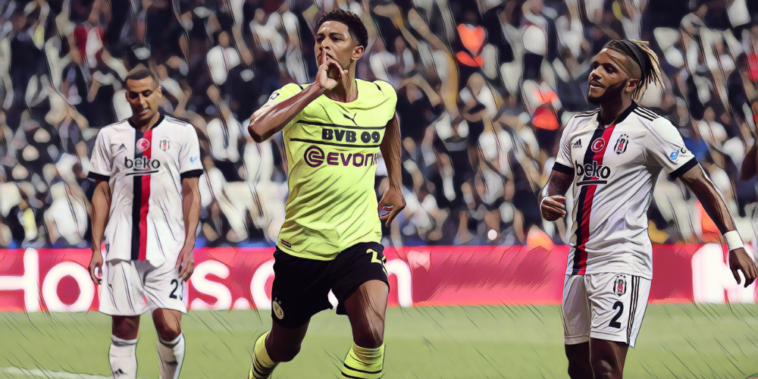 Manchester United are claimed to be in ‘pole position’ to sign Borussia Dortmund starlet Jude Bellingham, having previously missed out on his signature prior to his Germany switch.

The 18-year-old midfield sensation is turning heads on a weekly basis with his superb showings for the Bundesliga side, the England international notably scoring and providing an exquisite assist in the club’s recent 2-1 win over Besiktas in the Champions League.

Such a display has become commonplace for the former Birmingham City man, with him particularly catching the eye during Dortmund’s European clash with Manchester City last season, in what was his first campaign with the German side since joining the club on a £25m deal in the summer of 2020.

It could all have been so different, however, if the Blues academy product had opted to join United instead, with the Red Devils seemingly having courted the player in the hope of taking him to Old Trafford, before he eventually opted to move abroad.

According to the Sun, Ole Gunnar Solskjaer’s side remain keen admirers of the young midfielder and are said to be in ‘pole position’, and edge their Premier League rivals in the race for his signature.

The report suggests that the club’s previous attempts to ‘woo’ the teenager have put them ahead of other interested parties, with United having used a charm offence to try and tempt him to move to Manchester, notably getting Sir Alex Ferguson to take the then 16-year-old and his parents on a tour of the club’s training ground.

Even after talks with current boss Solskjaer, Bellingham opted to spurn United’s advances in favour of the move to Westfalenstadion, with the promise of regular game time the key reason behind the decision.

The belief is, however, that United’s long-standing interest could see them at the front of the queue if and when the Englishman does become available, although it is unlikely that his current club would be willing to part ways any time soon having only recently sold Jadon Sancho to the Old Trafford club.

The teenager has recently been linked with all of the Premier League’s top four sides, with Man City, Chelsea and Liverpool all thought to be admirers.