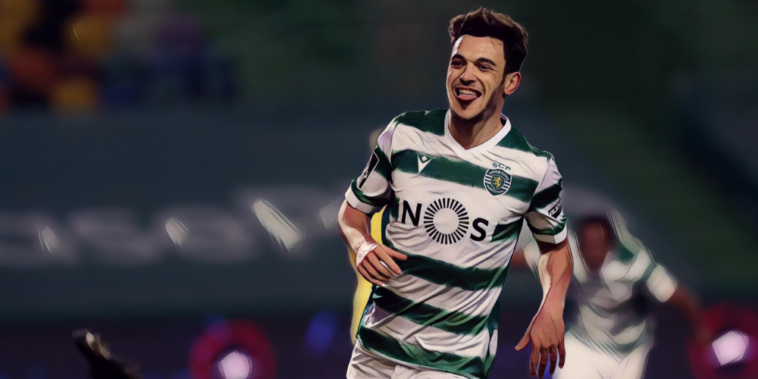 Manchester United are being linked with another raid on Sporting Lisbon as the club eye a £52m move for midfielder Pedro Goncalves.

Goncalves has attracted attention from across Europe following a brilliant debut season for the Portuguese side, scoring 23 league goals in 32 appearances as Sporting were crowned champions for the first time since the 2001/02 campaign.

The 22-year-old also helped Ruben Amorin’s side to the Taça da Liga trophy in a successful season for Sporting, with Manchester United and Liverpool having been linked with a move for the Portugal international.

According to Portuguese outlet Record, via the Star, the former are ‘weighing up’ a move for the player, who has starred since stepping into the role vacated by Bruno Fernandes’ own departure to Old Trafford in January 2020.

Goncalves – who spent two seasons with Wolves as a teenager but made just one senior appearance – is believed to have a release clause of around £52m, a figure Sporting are hopeful of increasing as they bid to ward off interest from England and tie the player down to a new deal.

The midfielder signed for Sporting in a deal worth around £5.85m from Famalicao last summer and will form part of the Portugal squad for the rescheduled Euro 2020.