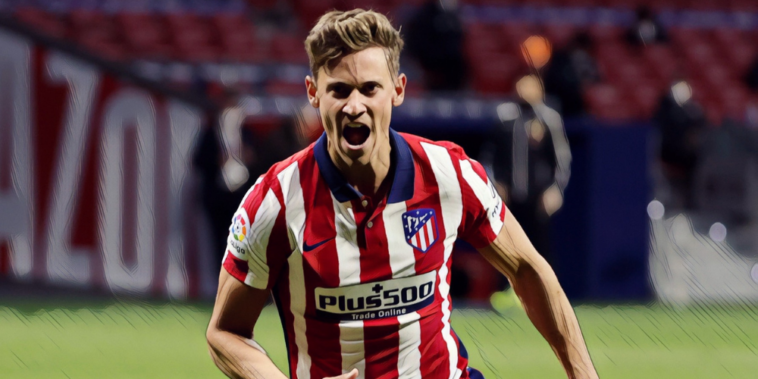 Manchester United are being linked with an €80m move to sign Atletico Madrid midfielder Marcos Llorente.

Ole Gunnar Solskjaer is currently assessing his transfer targets ahead of the summer window, with the Red Devils keen to strengthen in several key areas.

Amongst the list of priorities is the signing of a new midfielder, with Nemanja Matic expected to leave the club while there is uncertainty surrounding the futures of both Donny van de Beek and Paul Pogba.

Whilst Fred and Scott McTominay have their merits and retain the trust of the manager as a partnership, neither have showcased an ability to be the composed conductor of the side.

According to AS, the Premier League side are interested in a potential deal for Atletico star Llorente, who has become a key figure for the Spanish league leaders since signing from cross-capital rivals Real Madrid.

The 26-year-old has featured in multiple positions this season including at right-back and in advanced roles both centrally and wide, though his best performances have come within the engine room of Diego Simeone’s side.

Llorente has scored nine goals and provided a further eight assists in 28 league appearances, his performances having reportedly led to Manchester United expressing an interest in securing a big-money deal.

Atletico are reluctant to lose the star but would to be prepared to consider a huge offer, given the financial difficulties of the club’s huge debt at present and the ongoing impact of the pandemic.

Llorente is said to have no desire to leave the Spanish capital after playing the best football of his career over the past two campaigns, though finances may dictate a potential transfer with United reportedly prepared to pay an €80m sum and double the player’s current salary.