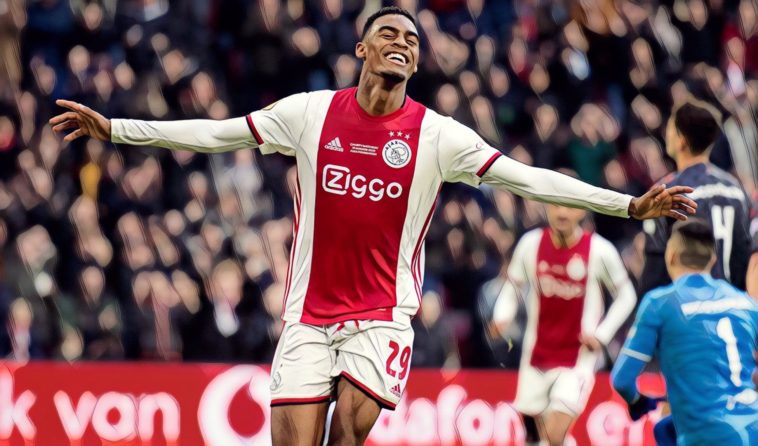 Manchester United have joined a growing contingent of leading clubs in ‘keeping tabs’ on Ajax teenager Ryan Gravernberch ahead of a potential move.

The youngster is the latest bright talent to come through the Dutch side’s hallowed academy ranks and has earned a regular place in Erik ten Hag’s side so far this season, the midfielder impressing in a strong start to the campaign for the Amsterdam outfit.

Barcelona and Juventus are two of the sides to have monitored the 18-year-old’s progress, and the Mirror are now reporting that there is Premier League interest in the player with Manchester United amongst those keen.

Gravenberch is a defensive midfielder by trade but has a strong physical presence and the technical talent to flourish further forward, the academy graduate having started six games in all competitions for Ajax so far this season including their Champions League group stage opener against Liverpool.

He signed a new three-year contract in June and it remains to be seen how highly the Dutch side value their latest prospect, though Ajax have long been prepared to cash-in on emerging talents should they receive offers too good to refuse.

Matthijs de Ligt, Frenkie de Jong and Donny van de Beek are amongst the players to come through their ranks before moving on to Europe’s financial elite in recent seasons, the latter moving to Manchester United in a £40m deal during the summer.

The Red Devils are now reportedly ‘keeping tabs’ on a player who has been likened in style to Paul Pogba and could launch a move for the Ajax star who is among the final 20-player shortlist for this year’s Golden Boy award.