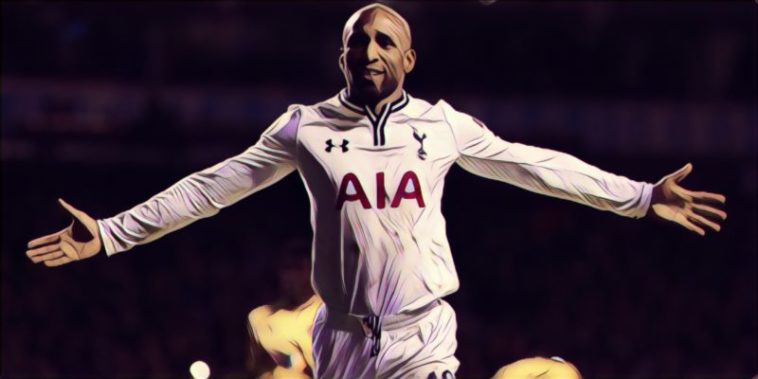 Jermain Defoe brought up a milestone moment with a goal in Rangers 2-0 win over Livingston last weekend, the veteran forward netting the 300th goal of his club career.

Defoe’s career has seen him guarantee goals at a succession of sides in addition to enjoying a fine record on the international stage, an instinctive finisher who stands as the eighth highest-scoring player in Premier League history.

The penalty-box poacher has regularly rifled home goals with minimum fuss, his repertoire of finishes never more evident than a five-goal haul against Wigan Athletic in 2009, Defoe remaining one of just five players to have scored five times in a Premier League fixture.

After a brief departure to the MLS, he returned to English football and continued to score goals with great regularity, before moving to Scotland where football’s Peter Pan remains a key part of Steven Gerrard’s squad at Ibrox at the age of 38-years-old.

Following the striker’s scoring landmark we’ve decided to look back at the career of one of the Premier League’s most natural finishers, breaking down Jermain Defoe’s 300 career club goals:

Defoe came through one of the Premier League’s most notorious academy systems at West Ham, moving across from London rivals Charlton as a youngster before breaking into the first-team at Upton Park.

The forward joined a collection of future England internationals in bursting onto the scene at West Ham shortly before the turn of the millennium, joining the likes of Rio Ferdinand, Michael Carrick and Joe Cole in graduating from the Hammers’ youth set-up.

He scored on his senior debut before enjoying a loan spell at Bournemouth to develop his game, returning to make an impact and finishing as the club’s leading scorer as West Ham secured a seventh-placed finish during the 2001/02 season.

Unable to prevent the club from suffering relegation the following season, Defoe soured his relationship with the Hammers’ faithful by handing in a transfer request less than 24 hours after their drop into the second tier.

He remained for a further half-season before leaving for Tottenham in the January transfer window, departing the East London outfit having scored an impressive 41 goals in just 105 appearances in all competitions.

Defoe’s loan spell at Bournemouth proved the making of the forward as he was shipped out on loan by West Ham manager Harry Redknapp to his former side, the youngster thriving in the third tier and enjoying a prolific spell with the Cherries.

During his spell on the South Coast the teenager equalled a post-war record by scoring in 10 consecutive league fixtures, returning to West Ham having plundered 19 goals for the club.

Defoe later returned to Bournemouth for a second spell in 2017 but was a largely bit-part player under Eddie Howe, scoring four goals over an 18-month spell before joining Rangers on loan.

The greatest period of Defoe’s career came during two spells with Tottenham, scoring prolifically for the north London outfit to become the sixth-highest goalscorer in the club’s history.

He enjoyed a brilliant first full season at Spurs and scored 24 goals in all competitions after crossing the capital from West Ham, though his time with the club proved a mix of excellent scoring spells and periods out of favour.

Defoe, however, outlasted a succession of forwards at White Hart Lane including the likes of Mido, Darren Bent and Roman Pavlyuchenko, whilst he formed strong partnerships with a number of strikers, most notably Robbie Keane and Peter Crouch.

After four seasons and 64 goals he joined Portsmouth in search of regular first-team football, only to return just a year later and spend a further five years in the clubs colours, becoming their all-time record goalscorer in European competition with 23 goals – a landmark since eclipsed by Harry Kane.

He departed a second time for Toronto having scored 143 goals in 362 appearances and regarded as one of the most popular Spurs strikers of the Premier League era.

Having seen opportunities blocked at Spurs by the presence of Robbie Keane and Dimitar Berbatov, Defoe opted for a reunion with former West Ham manager Harry Redknapp at Portsmouth in the hope of a more prominent role.

It proved a mutually beneficial relationship for club and player as Defoe thrived amid regular minutes, scoring prolifically to net 17 goals in just 36 appearances for Pompey and forming a fine relationship with Peter Crouch in a classic ‘Little and Large’ partnership in attack.

Redknapp’s departure for Tottenham ultimately saw Defoe follow his manager once more and return to Spurs in the 2009 January transfer window, with Crouch also reuniting with the duo that following summer.

After a second stint at Spurs ended with yet more time amongst the substitutes, Defoe opted for a new venture and signed for MLS outfit Toronto FC on a four-year contract, joining US international Michael Bradley as marquee additions to the Canadian side.

Having scored prolifically in the Premier League it came as little surprise to see Defoe adapt seamlessly to Major League Soccer, scoring 12 goals in 21 appearances despite a spell in which injuries limited his impact.

Still convinced he had much to offer both the Premier League and England, the lure of a return proved too strong as Defoe joined Sunderland – in a swap deal for Jozy Altidore – just a year after the fanfare that greeted his arrival in MLS.

The aforementioned Altidore had proven an expensive mistake for Sunderland after scoring just once in 42 league appearances, the exchange of the US international for Defoe viewed as a safe-bet given the latter’s previous achievements in the Premier League.

It proved an inspired decision as Defoe established himself as a huge fans’ favourite on Wearside, the experienced star having lost none of his sharpness or killer instinct to become a talismanic figure at the Stadium of Light.

The 2015/16 season saw Defoe finish as the third-highest scoring English player in the Premier League behind only Harry Kane and Jamie Vardy with a 15-goal haul, before he repeated that tally the following season to earn a recall to the England squad four years after his previous appearance.

Defoe’s 15 goals were unable to prevent Sunderland from being relegated, however, and he left for Bournemouth at the end of the season, his record for the Black Cats standing at 37 goals in 93 appearances.

Unhappy with a bit-part role even in the twilight of his career, Defoe joined up with former England teammate Steven Gerrard at Rangers after finding opportunities scarce at Bournemouth.

Gerrard was well aware of the attributes Defoe could bring to his side and it has proven a shrewd signing to date, Defoe scoring 27 goals in just 56 appearances for the Scottish side as they look to break Celtic’s domestic dominance.

Defoe’s experience and clinical instinct have proven invaluable to the Rangers side, his touch of class still evident even at an age most forwards are long since retired.

Silverware has largely eluded the forward in his career to date, though the veteran will be hoping he can help Rangers to success this season after the club took an early lead in Scotland’s title race.