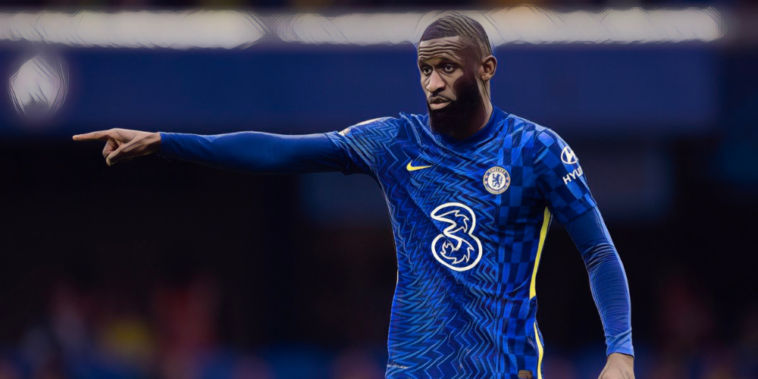 Manchester United are ‘keen’ to sign Antonio Rudiger from Chelsea as the centre-back approaches the end of his contract at Stamford Bridge.

Rudiger has entered the final months of his deal at Chelsea and will be a free agent this summer should a new deal not be agreed, with a host of Europe’s leading sides monitoring the defender’s situation.

Manchester United are reportedly among the clubs considering an approach for Rudiger, who is set to leave a decision on his future until the end of the season.

The Mirror are reporting that Ralf Rangnick is a huge admirer of the Germany international and the Red Devils could offer Rudiger a lucrative contract amid doubts over Harry Maguire’s long-term future.

Maguire’s form has been questioned during a disappointing campaign for the England international, having produced a series of erratic defensive displays.

That form has increased speculation over a move for a new central defender and Rudiger has emerged as a potential target.

Chelsea’s current offer of around £200,000-a-week is believed to be around half of what Rudiger believes he can command with a move as a free agent, with Real Madrid and Paris Saint-Germain also interested in the 28-year-old.

The west Londoners have so far been unwilling to match those demands, but are aware the cost of finding a replacement for Rudiger will outweigh that of a new contract.