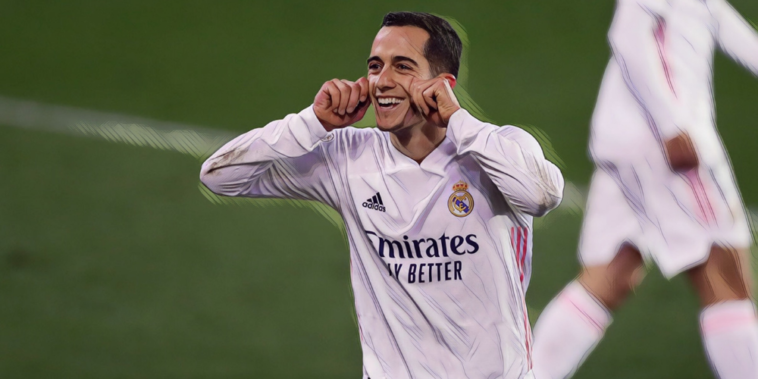 Manchester United and Chelsea have been named as suitors after Lucas Vazquez rejected Real Madrid’s final offer of a contract extension.

Vazquez has entered the final months of his deal at the Bernabeu and now looks set to depart on a free transfer at the end of the season, having turned down the opportunity of a new deal with the Spanish champions.

The 29-year-old had been keen to extend his stay with the side, but Real’s offer of a three-year deal and a 10% cut to his current salary has persuaded the Spain international to reject the offer and seek a new challenge.

According to Spanish outlet ABC, Manchester United and Chelsea are both interested in a deal for the player who has flourished at right-back under Zinedine Zidane recently, scoring twice and providing a further four assists in 22 league appearances this season.

Vazquez has spent the majority of his career as a winger and offers a versatile option on the flanks, with Bayern Munich and AC Milan also considering an approach for the player on a free transfer.

Interested sides are believed to be prepared to offer Vazquez a four-year contract and increase the wages the star is currently pocketing in the Spanish capital.

Vazquez has made 237 appearances in all competitions for Real Madrid and has won two league titles and three Champions League trophies amongst his major honours.