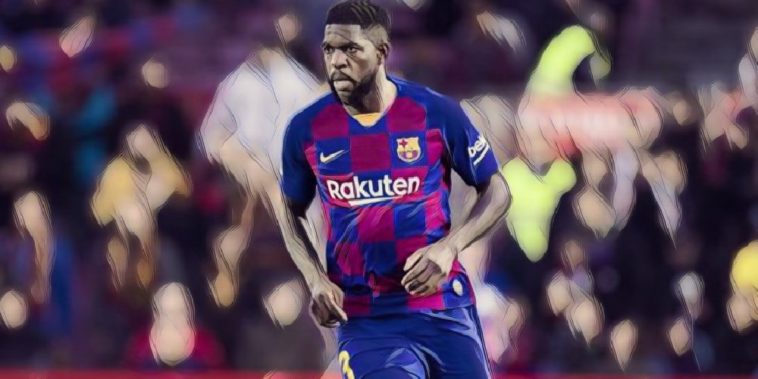 Manchester United, Arsenal, and Tottenham are all being linked with a move for Barcelona’s Samuel Umtiti this month.

Umtiti was strongly linked with a move to Manchester United back in 2018 following his impressive form for Barcelona, before the defender put pen to paper on a bumper new deal with a €500 million release clause

Since then though, the France international has suffered with a number of injuries and has firmly fallen out of favour at the Camp Nou, making just 19 league appearances since the start of the 2018/19 season, Clement Lenglet and veteran Gerard Pique establishing themselves as the preferred pairing in the heart of Ernesto Valverde’s defence.

Now, according to a report in Spanish publication El Desmarque, Barcelona would be open to cashing in on Umtiti in the current window, with Manchester United, Arsenal and Tottenham said to be ‘pushing hard’ for his services.

Despite the addition of Harry Maguire to their ranks, Manchester United have still been conceding goals at the back, and with the £80 million man set for a spell on the sidelines due to a hip injury, they could rekindle their interest in the Barcelona centre-back.

Arsenal and Spurs are also said to be interested in the 26-year-old following their struggles in defence, both North London clubs having conceded 30 goals in their 21 Premier League games, with Jose Mourinho having been in charge at Old Trafford during United’s initial interest 18 months ago.