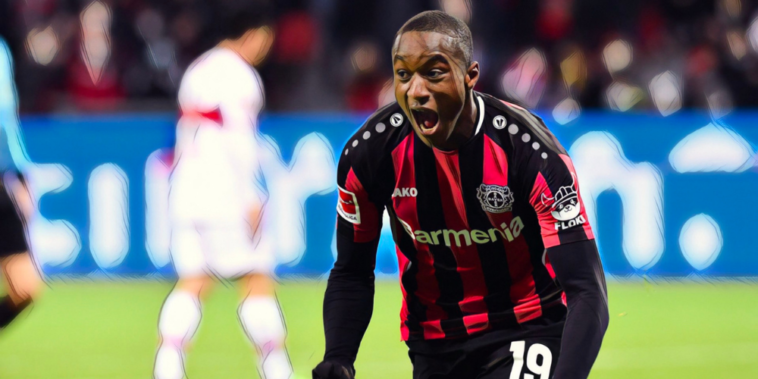 Leverkusen are said to value the 22-year-old at around €60m with Diaby have developed into one of the Bundesliga’s most exciting young talents since leaving Paris Saint-Germain for Germany.

Diaby has scored 16 goals and provided nine assists in all competitions for Leverkusen this season and his performances have attracted the interest of several Premier League sides, with Sport1 reporting that Manchester United, Arsenal and Newcastle are considering summer offers.

Leverkusen are understood to have identified Roma’s Carles Perez as a potential replacement, ahead of anticipated approaches for Diaby at the end of the season.

Diaby – who made his senior debut for France in September and has since earned four caps for Les Bleus – has averaged a goal or assist every 108 minutes in the Bundesliga this season and is comfortable operating from either flank.

There is no release clause in the winger’s current contract and Leverkusen will hope interest from several sides can lead to a bidding war for the Frenchman’s services.

Read – The Last Eight: Assessing each of the Champions League’s quarter-finalists