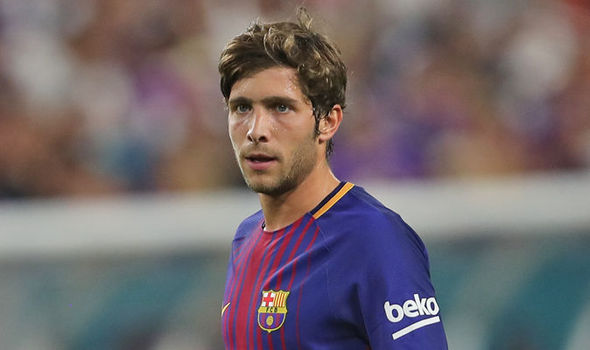 Manchester United and Chelsea are being linked with making a move to sign Sergi Roberto from Barcelona according to reports in Spain.

Don Balon claim that the Premier League giants, along with French Champions AS Monaco, are all interested in the Spanish international, and could trigger the release clause in his contract. That clause is worth €40m (£36m).

We brought you news earlier this week that reports in Spain claimed that Roberto was open to a move to Manchester United, and that Jose Mourinho had already held talks with the player. The midfielder, who can also play at right back, is seeking discussions with new Barca boss Ernesto Valverde before making a decision whether to stay or not.

The three clubs are all looking to strengthen their squads ahead of the new season. Chelsea want to add more numbers to their squad ahead of a much busier fixture list compared to last season. They have been linked to Danny Drinkwater and Renato Sanches.

Manchester United have signed Nemanja Matic from Chelsea this week, and could be willing to make a bid.