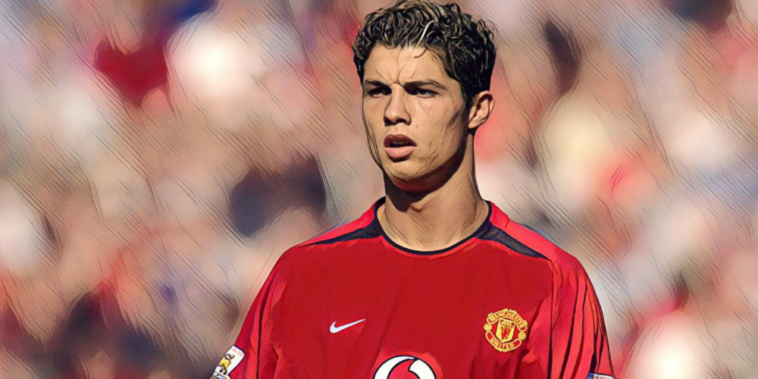 Cristiano Ronaldo is set to make his second debut for Manchester United this weekend, the five-time Ballon d’Or winner having made a sensational return to the club this summer.

Ronaldo has cemented his status as one of the game’s greatest ever players during a record-breaking career of success, with his journey to superstardom having accelerated across six seasons with the Red Devils.

Arriving as an unproven teenage talent, Ronaldo made an immediate impression with a scintillating showing as a second-half substitute during a clash against Bolton on August 2003.

Ahead of his second debut against Newcastle, we look back at the Manchester United XI from Ronaldo’s first appearance.

Howard signed for Manchester United that same summer and impressed during his early performances, including saving the decisive penalty as Arsenal were beaten in the Community Shield.

He made 77 appearances in all competitions for the club, but struggled for confidence during the latter period of his spell with the club after making a mistake in the Red Devils’ 2003/04 Champions League elimination to Porto.

The USA international moved to Everton on an initial loan deal in 2006 and spent a decade at Goodison Park, making 354 league appearances for the Toffees – a club record in the Premier League era.

Phil Neville deputised in the absence of brother Gary at right-back, one of a number of players known collectively as the ‘Class of ’92‘ after emerging from the Red Devils’ ranks.

Neville proved an invaluable option throughout his 386 appearances for the club, with his versatility seeing the former England international operate in both full-back positions and midfield.

He won six league titles before leaving for Everton in search of a more prominent role, eventually captaining the Toffees and making 303 appearances for the club in all competitions.

Since retirement he has moved into coaching and spent a spell at Manchester United under David Moyes, whilst he is now head coach of David Beckham’s MLS franchise, Inter Miami.

Manchester United broke the British transfer record to sign Rio Ferdinand from Leeds, making the England international the world’s most expensive defender for a second time in his career.

It was an investment that proved vindicated as Ferdinand established himself as one of the all-time great Premier League centre-backs, his list of honours including six league titles and the Champions League – lifting the latter as captain after defeating Chelsea in Moscow in 2008.

Ronaldo played more games alongside Ferdinand (221) than any other teammate during his first spell at Old Trafford.

Mikael Silvestre spent almost a decade with the Red Devils and was another player whose versatility ensured he was a respected member of the squad, equally comfortable at left-back or in a central role.

Silvestre signed for United from Inter Milan in 1999 and formed part of a side that dominated the Premier League in the 2000s, winning seven major honours before a two-season spell at Arsenal.

Having spent time in Tottenham’s academy system as a youngster, Fortune signed for Manchester United in the late nineties following a brief spell at Atletico Madrid.

Predominantly a midfielder, he was often used at left-back given the wealth of competition for places in the Red Devils’ engine room, though featured only sporadically throughout seven seasons at Old Trafford.

His lack of appearances meant Fortune failed to claim a Premier League winners’ medal despite featuring in three title-winning teams, though he was awarded a medal by special dispensation after making nine appearances in 2002/03.

Ole Gunnar Solskjaer’s £1.5m arrival from Molde in 1996 ranks amongst Sir Alex Ferguson’s shrewdest business, the forward playing a prominent role in the club’s successes over the next decade.

A centre-forward with a clinical touch, the Norwegian was often utilised as a ‘super sub’ before enjoying a period operating from the right-hand side.

‘The Baby-faced Assassin’ earned legendary status following his last-gasp winner in the 1999 Champions League final to seal a historic treble, one of 126 goals he scored for the Red Devils across all competitions.

Once a former teammate of Ronaldo, he will now be tasked with extracting the most from the Portugal captain as his manager at Old Trafford.

Amongst the most influential footballers in Manchester United and the Premier League’s history, Ronaldo walked into a dressing room led by Roy Keane in 2003.

The former Ireland international was a combative midfield presence and inspirational captain, he won 17 trophies with the Red Devils as the club’s driving force of a dominant era.

Arguably his finest season came in 1999/2000 as he was named as PFA Player of the Year and FWA Footballer of the Year after leading United to the title by a then record points margin.

The second member of the club’s ‘Class of ’92’ to feature against Bolton, Butt was the player who made way for Ronaldo’s unforgettable introduction into English football.

The midfielder came through the academy ranks before forming part of the side that dominated the early seasons of the Premier League, making 386 appearances and winning six league titles.

He departed in search of more regular first-team football in 2004, signing for Newcastle before a short spell at Birmingham City.

Butt has spent time on the coaching staff at United since his retirement and left a position as head of first-team development at the club in March 2021.

Ryan Giggs scored twice as Ronaldo’s first game ended in a 4-0 win, his first coming after stepping up in the absence of the recently departed David Beckham to bend a superb free-kick beyond Jussi Jääskeläinen.

Giggs netted a second from close range to double the advantage as the introduction of Ronaldo helped the Red Devils take the game away from Bolton, before being substituted with 10 minutes remaining.

He retired as the most decorated player in British football history following an incredible one-club career at Old Trafford, winning 13 league titles and two Champions League trophies amongst his record-breaking collection of honours.

Arguably the best player on the pitch until the introduction of the thrilling debutant, Scholes started in an advanced role in support of the forward.

The England midfielder had enjoyed the most prolific campaign of his career in the role, after scoring 20 goals in all competitions in 2002/03 as the Red Devils won the Premier League title.

Scholes – who rounded the goalkeeper to score United’s third against Bolton – came through the ranks to establish himself as one of the most gifted English footballers of all time, with only Giggs having made more appearances than Scholes in a United shirt.

He retired as the most decorated English footballer ever after winning 11 league titles.

Manchester United’s main man at the time of Ronaldo’s arrival, Van Nistelrooy had enjoyed an explosive start to his career in English football.

The Dutchman was named as the PFA Player of the Season during his maiden campaign, before scoring 44 goals in all competitions during the 2002/03 season – a record for a Premier League player that still stands.

Van Nistelrooy missed a penalty – won by Ronaldo – during the win over Bolton, but made amends after lashing home an emphatic finish to make it four.

He scored 150 goals in just 215 appearances for the Red Devils across five seasons, but a falling-out with a young Ronaldo contributed towards his departure for Real Madrid.

Ronaldo’s introduction helped transform a laboured showing into a scintillating attacking performance, involved throughout in an unforgettable debut for the teenager.

Handed the club’s illustrious number seven shirt, the twinkle-toed winger caused havoc on his first appearance in the famous jersey to give Bolton’s backline a torrid time.

Ronaldo’s debut was the first glimpse of a player who would evolve into one of the world’s best during six seasons at Manchester United, inspiring the side to three consecutive league titles between 2007 and 2009.

The second of those came alongside Champions League success, with Ronaldo collecting a first Ballon d’Or following a sublime 42-goal campaign.

The third Premier League debutant for the club, Djemba Djemba was viewed as a potential successor to Roy Keane upon his arrival from Nantes.

The Cameroon international proved anything but however, making just 20 league appearances for the club before joining Aston Villa, where his fortunes failed to improve.

Diego Forlan’s career at Manchester United represented a case of what might have been, with the forward largely failing to find his feet before shining upon his departure.

Despite his struggles in the Premier League the Uruguayan became a popular figure on the terraces, with the Red Devils’ support commending his admirable work-rate.

Forland scored just 17 goals in 98 appearances before joining Villarreal, where he evolved into one of Europe’s deadliest markamsn.

The forward scored 25 goals to finish as Europe’s leading scorer during his debut season, before winning a second European Golden Shoe following a prolific campaign with Atletico Madrid in 2008/09.