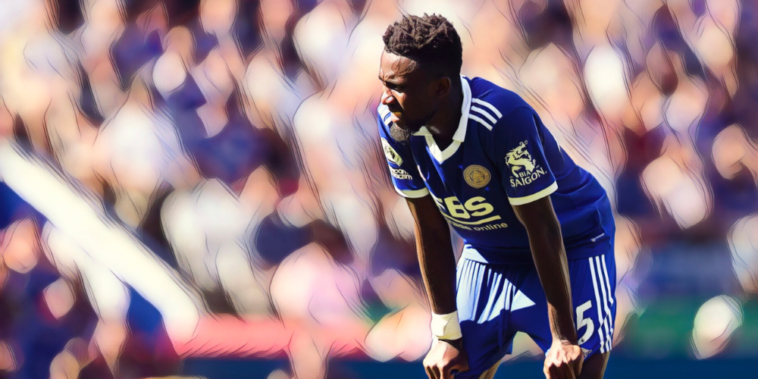 Manchester United have made Leicester midfielder Wilfred Ndidi a ‘plan b’ option, should the club fail in a move for Casemiro.

United are understood to have made an approach to sign Casemiro from Real Madrid with the Red Devils prepared to offer the Brazilian a huge contract in a bid to solve their midfield issues.

Doubts remain over the 30-year-old’s receptiveness to interest from Old Trafford however, having formed part of the Real Madrid side crowned European champions last season.

The Express are reporting that Ndidi is being considered as an alternative. The Nigerian international has impressed across six seasons with the Foxes and Leicester need to sell players in order to raise funds for their own summer recruitment.

Brendan Rodgers’ side have made just one signing so far this summer – the free transfer arrival of back-up goalkeeper Alex Smithies – and require sales before making new additions.

Ndidi has been a key component of the side in recent campaigns and has developed a reputation as one of the Premier League’s most prolific ball-winners, ranking among the division’s top four players for tackles won in four of the past five campaigns.

The 25-year-old could represent a cheaper option than Casemiro and would provide a long-term screen ahead of the Red Devils’ back four. Leicester are currently fending off interest in a number of key players, with James Maddison, Wesley Fofana, Harvey Barnes and Youri Tielemans all interesting Premier League rivals.

The Foxes could choose to cash-in on one of their assets to provide funds for Rodgers to recruit new additions before the deadline on September 1.