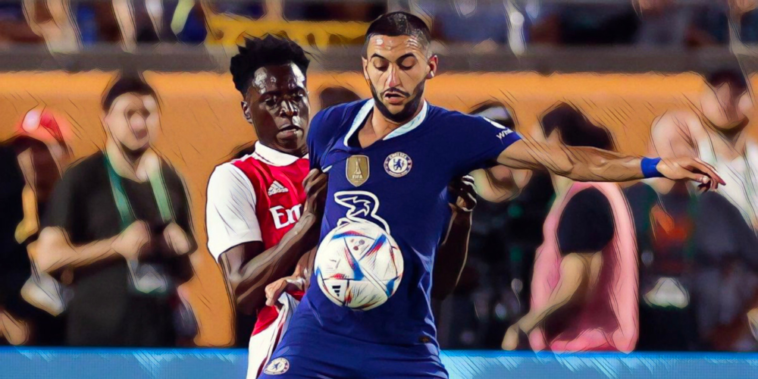 Ten Hag is understood to be interested in signing Ziyech after a move for Ajax’s Antony failed to materialise, having worked with the Morocco international during his time in Dutch football.

Ziyech starred during four seasons at Ajax and formed part of the team that reached the Champions League semi-finals under Ten Hag in 2018/19. He provided 129 goal involvements in 164 appearances for the club in all competitions, before a £33.3m move to Chelsea in 2020.

The 29-year-old has struggled to establish himself in west London and was an unused substitute as Chelsea began their Premier League season with a win at Everton last weekend.

Ziyech has been linked with a move to AC Milan, though the Manchester Evening News are reporting that Ten Hag is keen to bring the winger to Old Trafford.

However, the Red Devils’ hierarchy are against the move and have blocked an approach. United’s transfer window has been one of frustration so far, with the club having chased a deal for Barcelona midfielder Frenkie de Jong without success.

United also failed with a late bid to sign Timo Werner from Chelsea, while a move for Marko Arnautovic was abandoned after an angry backlash from supporters.