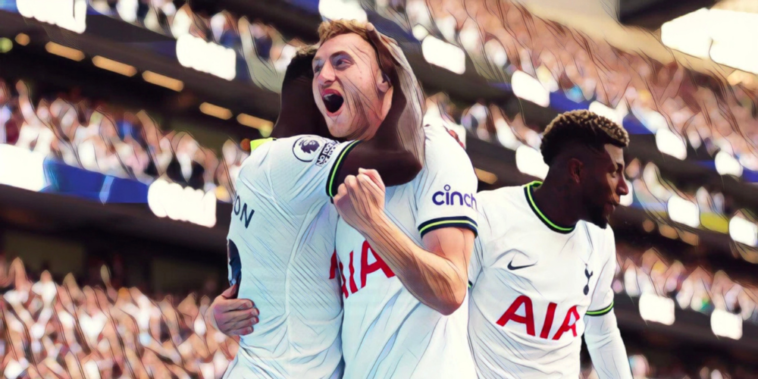 Gerrard and Lampard have points to prove in the dugout

Aston Villa host Everton in Saturday’s lunchtime kick-off, a clash that will no doubt see an age-old debate regarding the respective managers surface once again.

Ex-teammates and old rivals, the Gerrard-Lampard debate was regularly regurgitated during their playing days with each holding a claim as the finest midfielder of the Premier League era.

In terms of their novice careers in Premier League management however, both have a point to prove ahead of their first managerial meeting with the jury out on whether each will prove a long-term success in the dugout.

Excluding relegated and newly-promoted sides, only Southampton have earned fewer points than Everton and Aston Villa in 2022:

A new Gerrard vs. Lampard debate: who is more likely to be sacked first? 😬

Lampard’s moderate success at Derby and Chelsea has been followed by a difficult challenge at Everton, inheriting a side struggling for results and whose reckless recruitment has restricted the purse strings.

Gerrard brought success back to Rangers and began brightly at Aston Villa, but his side have been hugely inconsistent and an opening day defeat has led to some questions over the former England skipper’s suitability.

Gerrard’s status has helped lure big names in Philippe Coutinho and Lucas Digne to Villa Park, but the pressure is on to improve results with the sum of his side failing to match the quality of its individual parts right now.

Leicester’s summer transfer window has proven a source of frustration for the club’s fans, with the Foxes the only team in the division not to make a new signing.

Add a wealth of interest from Premier League rivals in their star names and it will be a nervous final few weeks of the window for Foxes fans.

Big bids have been turned down for James Maddison and Wesley Fofana, with Youri Tielemans perhaps the most likely exit. The midfielder has entered the final 12 months of his deal and appears unlikely to sign an extension.

Arsenal are believed to be interested and will go head-to-head with the Belgium international this weekend at the Emirates. Should Tielemans produce a controlled midfield performance, it might just accelerate Arsenal’s interest and add a little more to his price-tag.

Samba stars can have Magpies flying high this season

Newcastle produced one of the most impressive opening weekend performances with a dominant win over Nottingham Forest, as Eddie Howe’s side began the new campaign with a convincing three points at St James’ Park.

Tougher tests await than newly-promoted Forest, but there’s reason for optimism at Newcastle with their samba stars in midfield leading the club’s charge.

Bruno Guimaraes has been a revelation since his arrival in the winter window and was outstanding last weekend, leading the game for passes completed (64), final third passes (27), take-ons (5) and chances created (3).

Bruno Guimarães in the Premier League since making his full debut:

Since arriving into the Premier League he has led the division for duels won, tackles made and fouls won, an indication of the all-action presence he has brought to the Magpies midfield.

Alongside a transformed Joelinton – who has set his sights on gatecrashing Brazil’s World Cup squad – the duo can lead a challenge for European football this season with their pairing as dynamic as any in the division at present.

How does Parker plan for Haaland?

Bournemouth made a winning start to their Premier League return after beating Aston Villa last weekend, but now face the sternest of top-flight examinations with a trip to the Etihad.

The Cherries have lost each of their last 11 games against this weekend’s opponents, with their last result against City coming in 1998/99 when both teams were languishing in the third tier of English football.

Add in the threat of Erling Haaland, who began with a bang on his Premier League debut, and it’s an unenviable task. Haaland’s explosive pace was on show at West Ham last weekend and restricting the space that the Norwegian can burst into will be key to stopping him this season.

So impressed with @ErlingHaaland yesterday ⚽️⚽️👏🏻 & with the service he will receive in this Man City is frightening. https://t.co/v9MLnyTz6b

However, against a City side whose monopoly of possession will sap the energy from Bournemouth legs, sitting dangerously deep for the entire 90 minutes appears unrealistic. Parker will have a plan, but even that might not be enough.

Wolves missed a trick with Palhinha

Portuguese, talented and represented by Jorge Mendes, it seemed Joao Palhinha was destined to become the latest arrival at Wolves from Portugal’s Primeira Liga this summer.

Wolves had been favourites to sign the midfielder from Sporting Lisbon, though opted against a deal with Fulham instead swooping in to seal a £20m transfer.

Ruben Neves has remained at Wolves to lessen the club’s need for midfield reinforcements, but Palhinha’s impressive Premier League debut suggests Bruno Lage might come to regret his decision to overlook the 26-year-old.

For a Premier League debut against that Liverpool midfield, this was a ridiculous performance. pic.twitter.com/AYKeM9K1SW

Palhinha was outstanding as Fulham held Liverpool to a draw on the opening weekend, providing an imposing presence in the Cottagers’ engine room. Particularly impressive in the opening period, he won more duels (5) and made more tackles (4) than any other player on the pitch in the first half.

In direct opposition this weekend, he will be hoping to stamp his authority on the game against his former suitors at Molineux.

Brentford’s recent rise has been built on savvy recruitment and good management, with the Bees punching above their weight in the Premier League.

In recent windows Brentford have signed, developed, and sold on talents while continuing to improve. Ollie Watkins, Said Benrahma and Neal Maupay have all left for major profits and the club have continued its policy of investing in emerging talents this summer.

Aaron Hickey, Keane Lewis-Potter and Mikkel Damsgaard all have huge upside, with the latter appearing a perfect replacement for Christian Eriksen given his creative talent and familiarity with the club’s Danish contingent.

The club’s sensible recruitment is in contrast to that of this weekend’s opponents, as Manchester United’s summer window begins to head towards panic.

After chasing Frenkie de Jong all summer with little progression, the Red Devils have this week been linked with Adrien Rabiot and Marko Arnautovic. Each have question marks over their characters, while the latter is now 33-years-old and United’s interest stinks of desperation late in the window.

The arrival of Erik ten Hag was designed to give the club identity and direction, but United will remain adrift and declining as long as the current decision-makers remain in charge. It is difficult to understand how Ten Hag’s ‘right players’ mantra and the recent rumours are genuinely aligned.

Conte can make a statement on familiar soil

Antonio Conte makes his latest return to Chelsea this weekend, as Spurs make the short trip to Stamford Bridge for a fascinating London derby.

Spurs will arrive as the early pacesetters after a 4-1 thrashing of Southampton last time out, with optimism high that Conte can lead the north Londoners upwards once again this season.

This weekend’s clash represents a huge chance to make a statement for Conte and his improving team, who have won just one of their last 20 visits to Chelsea. Spurs have also lost their last five meetings with the Blues and have failed to score in the last six encounters between the teams.

A heavy weight clash for the ages🥊⚽!

Antonio Conte's Spurs were unable to beat his former side Chelsea in any of their meetings last season!

Will their luck finally change when the two sides come face-to-face this Sunday at Stamford Bridge? pic.twitter.com/rExK0QmpmM

Conte’s team are the highest-scoring team in the Premier League this calendar year however, and a positive result this weekend will be the clearest sign yet that Spurs can challenge the top teams under the Italian’s management.

Klopp keen to prove the kids are alright

Spend just a fraction of time on Liverpool-related Twitter and you’ll no doubt see fan accounts pulling their hair out at the club’s failure to sign a midfielder this summer.

Thiago Alcantara’s hamstring injury has sent a section of the fanbase into frenzy, with the Spaniard joining Curtis Jones and Alex Oxlade-Chamberlain on the sidelines. Given Naby Keita – no stranger to the treatment table himself – is just recovering from illness, and the Reds’ options in the centre appear depleted.

An opening weekend draw at Fulham has raised concerns, but Jurgen Klopp has remained steadfast in his stance that Liverpool will not sign a midfielder this summer. The German is instead set to place his faith in an emerging generation, with Harvey Elliott and Fabio Carvalho in line for increased minutes.

Our diamond is here to stay 💎 pic.twitter.com/vF3kiTEE1X

Elliott in particular will be expected to feature more prominently in the coming weeks, having started last season in the Reds’ XI before a serious ankle injury halted his progress. The 19-year-old signed a new long-term contract this week and has huge potential, while he boasts a level of invention that has often been lacking in a functional engine room.

A new midfielder, or perhaps two, is likely to arrive next summer and Liverpool have shown before their willingness to wait for the right player. It is a tactic that has worked well in recent windows and, for now, Klopp is keen to place his faith in youth.