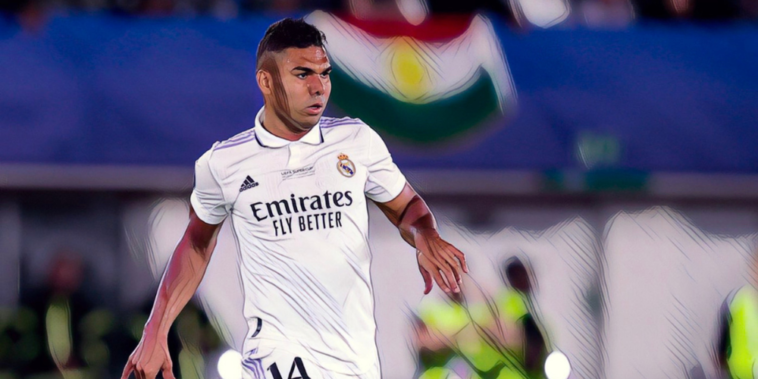 Manchester United have been given ‘positive indications’ from Casemiro’s camp as the club chase a deal for the Real Madrid midfielder.

United have made the signing of Casemiro their focus in the final days of the transfer window and are understood to have received encouragement from the player’s representatives following their initial interest.

No agreement has been reached with Real Madrid despite initial talks, but United are willing to offer the Brazil international a deal that would place him among the club’s highest earners. However, reports that the Red Devils are prepared to double his current wages are inaccurate.

The Athletic are reporting a deal between the clubs is ‘progressing’ and there have been ‘positive indications’ from Casemiro over the move, with the midfielder open to the challenge of testing himself in the Premier League.

The 30-year-old has won three league titles and five Champions League trophies during a decorated career at Real Madrid.

Erik ten Hag has turned to Casemiro following a failed attempt to sign Frenkie de Jong from Barcelona, with the addition of a midfield anchor the club’s priority before the September 1 deadline.