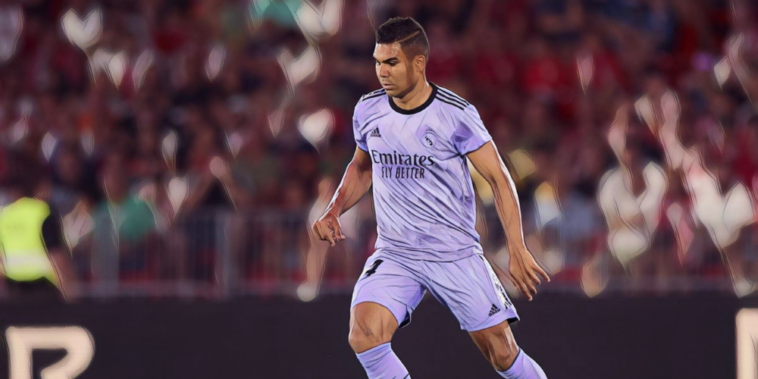 Manchester United have made an approach to sign Real Madrid midfielder Casemiro.

Erik ten Hag’s pursuit of a midfield anchor has led to an ambitious approach for Casemiro, with the Red Devils having enquired into the availability of the Brazil international.

The 30-year-old was a central figure in Real Madrid’s Champions League success last season and is a five-time winner of the competition during a decorated career at the Bernabeu.

United have so far failed in a pursuit to sign Frenkie de Jong from Barcelona, while the club have also withdrawn their interest in Juventus midfielder Adrien Rabiot after failing to reach an agreement on personal terms.

The Manchester Evening News are reporting that United have now approached Real Madrid, in the hope the Spanish side are open to Casemiro’s departure after eight seasons at the club.

Carlo Ancelotti has bolstered his squad with the additions of Eduardo Camavinga and Aurelien Tchouameni across the past two summer transfer windows, with the latter recently arriving in an £85.3m deal from Monaco.

The France internationals are viewed as the long-term successors in the Spanish side’s midfield, following the success of the Casemiro, Toni Kroos and Luka Modric axis.