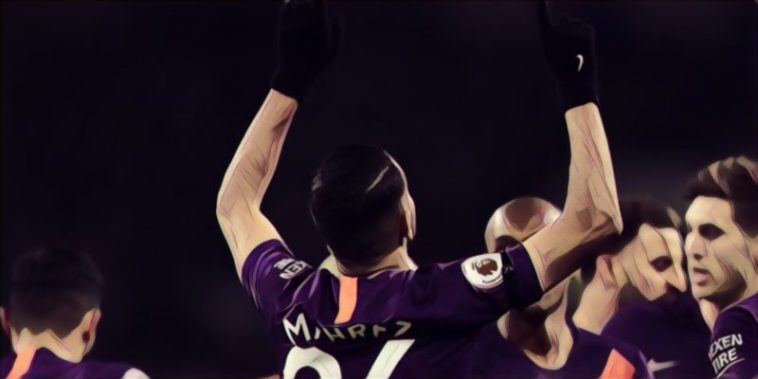 Man City attacker Riyad Mahrez dedicated the goal he scored in his sides 1-0 win over Spurs tonight to Leicester City owner Vichai Srivaddhanaprabha, who tragically died when his helicopter crashed outside the King Power Stadium on Saturday evening.

Mahrez spent four-and-a-half years with the Foxes and was one of the stars of the East Midlands clubs’ epic Premier League title triumph in 2015/16.

The Algeria international, like so many Leicester players, had a close relationship with Srivaddhanaprabha and an emotional Mahrez paid tribute tonight to the man he refers to as ‘The Boss’ following tonight’s game.

“It has been very, very difficult for me. It is not easy to have this type of stuff. The Boss was very special to me. I spent four and a half years there and have many memories with him. He was such a good person,” Mahrez told Sky Sports.

“I am very, very sad. That is why when I scored I put my hands in the sky for him. He did a lot for me and Leicester and it is difficult to speak about. It is very sad.

“He was like a dad. He was very special. He was such a good person, a big heart and it was heart-breaking and shocking for me to hear this news and for all of the other people who died with him. It is a difficult situation I am with Leicester and the family of the victims.