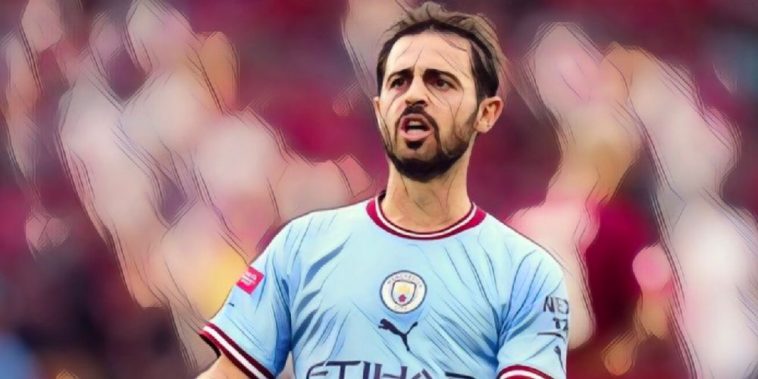 Manchester City are set to hold talks with Bernardo Silva to discuss his long-term future as Barcelona prepare to renew their interest in the midfielder.

Barcelona were interested in a deal to sign Silva last summer but were unable to meet City’s £80m valuation of the Portugal international, who was open to a move to Spain after five seasons at the Etihad.

The 28-year-old has expressed an interest in leaving the Premier League champions in each of the past two summers, with the midfielder understood to be keen on a move closer to his family in Portugal.

Pep Guardiola discussed Bernardo’s interest in an exit earlier this season and admitted he would not stand in the way of any player who wanted to leave – should City’s valuation be met.

“I’ve said many times the desire of the player is the most important thing; I want people happy here trying to do it together,” Guardiola told Sky Sports last month. “Of course, I would love for Bernardo to continue here, he is a special player in the dressing room for me, but I don’t know what is going to happen.”

The Times are reporting that City are now planning talks with Bernardo, ahead of an expected approach from Barcelona next summer. City also have Ilkay Gundogan out of contract at the end of the season and are keen to pre-plan in the event of a midfield overhaul.

Jude Bellingham is believed to be on the club’s radar, though City will face competition from the likes of Liverpool and Real Madrid for the Borussia Dortmund teenager.