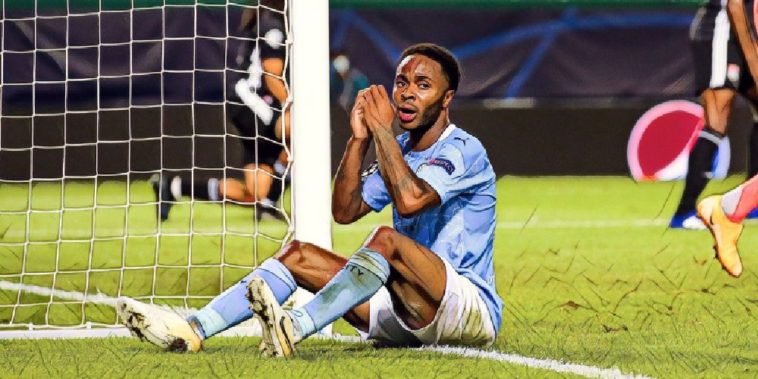 Manchester City’s dream of lifting a maiden European Cup was once again dashed as they slipped to a 3-1 loss to Lyon on Saturday evening.

With the likes of Liverpool, Juventus, Real Madrid and Barcelona having already exited the competition, Man City came into the game as favourites to win the Champions League, a trophy that has eluded Pep Guardiola since he last lifted it with Barcelona back in 2011.

They had been handed what looked like a favourable tie against Lyon in the quarter-finals in Lisbon, though it was the French side who took the lead, Maxwell Cornet expertly curling his first time finish around Ederson in the City goal after just 24 minutes.

City’s renowned attacking prowess was clearly inhibited by Guardiola’s controversial decision to change to a 3-5-2, although they did begin to improve after the break and found themselves level midway through the second period. The lively Raheem Sterling breaking into the Lyon box before cutting the ball back to the onrushing Kevin de Bruyne, who made no mistake with his low first-time effort past Anthony Lopes from the edge of the box.

The Premier League runners-up continued to push and probe, but fell behind with 12 minutes to play after former Celtic striker Moussa Dembele ran onto a Houssem Aouar through ball before dispatching past Ederson. The goal was clouded in controversy though, as the ball went through the legs of Karl Ekambi who was a good few yards offside and City felt there had been a foul to Aymeric Laporte in the build-up, but VAR ruled that the goal should stand.

City pressed for an equaliser, and should have had it when Raheem Sterling inexplicably blazed over the bar from just five yards out following Gabriel Jesus’ low cross across the box.

The Etihad outfit would be made to pay for their profligacy in front of goal just seconds later when Dembele netted his second, the Frenchman capitalising from a rare Ederson error, the Brazilian spilling what looked like a comfortable save into the path of the Lyon striker to confirm City’s latest quarter-final exit.

Just another night of the Champions League drama we've come to expect ?

All of the action as Lyon stunned Man City in Lisbon ?#Club2020 pic.twitter.com/6Xd8VA3bmQ

Speaking afterwards, Kevin de Bruyne couldn’t hide his disappointment at missing out on the last four for a fourth successive season.

“It’s a different year, same stuff,” De Bruyne told BT Sport. “First half wasn’t good enough, I think we know that. We started slow, we didn’t have many options.

“I think in second half we played really well. We came back at 1-1 and had a couple of chances. It was then obviously 2-1 and 3-1 to end the game. It was a shame for us to go out in that way.”

The Belgian refused to lay the blame at VAR for it’s involvement, or lack of it, in the build-up to Dembele’s first.

“I have not see it back, whatever they decide, they decide. I’m not going to blame that. We should have done better but I will have to look back at it.

“I think the second half we played well, we had them under pressure, we played more offensive like we normally do and we had them,” he added. “Their ‘keeper made a few saves and at 2-1, if Raz [Sterling] scores it’s 2-2 and the game goes on.

“That’s football, that’s fine margins that made a difference and you know, it’s over now.

“We need to learn, it’s not good enough.”

Under fire City boss Pep Guardiola also laid the blame with his sides ‘mistakes’ at the back and in front of goal.

"The statistics show we were good…"

“One day we will break this gap,” Guardiola told BT Sport. “The second half was OK, I had a feeling we were better but you have to be perfect in these competitions.

“I don’t want to talk about the circumstances [of Dembele’s first goal], it looks like I’m complaining or finding excuses. We are out. We did a lot of good things and in the end it was not enough.

“We made mistakes in both boxes at key moments and that’s why we are out. We scored a magnificent goal but unfortunately we missed another one. You have to be perfect, you cannot make mistakes.”

The result means that it is the first time in 24 years that there are no English or Spanish sides in the last four of the Champions League, Lyon going on to face Bayern Munich, while PSG play Leipzig.

Barcodes and bus upholstery: The most underwhelming Premier League kits of 2020/21

See also – Sharp Shooters: The 7 Premier League players with the best goals per shot ratio in 19/20