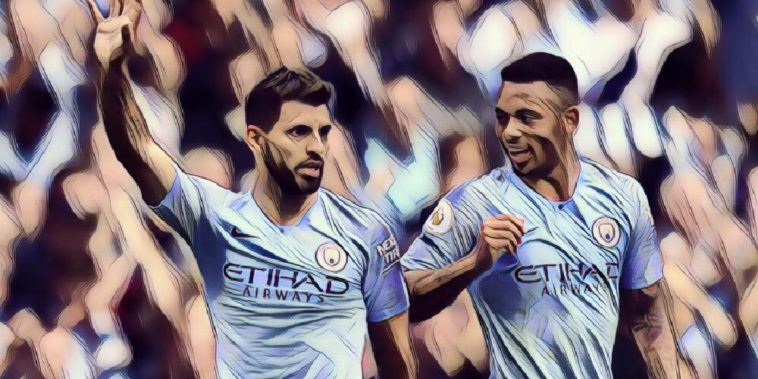 Gabriel Jesus has admitted that he always knew that he would struggle to replace Sergio Aguero as an automatic first-choice starter since before moving to Man City.

The Brazilian international has had to be patient for his opportunity with the Premier League champions and has started just four league fixtures so far this season, though is set to be handed an opportunity following a thigh injury that will rule Aguero out until after next weekend’s Manchester derby.

Jesus is likely to start when Pep Guardiola’s side host Shakhtar Donetsk in the Champions League tonight, the club needing just a point against the Ukrainian champions to seal qualification to the knock-out stages.

Despite the prospect of regular opportunities over the next few fixtures, Jesus admits he has is saddened by Aguero’s absence and admits he knew competition for places would be fierce when signing for Man City from Palmeiras in 2017.

“I’m not happy because Sergio is injured,” said Jesus at the pre-match press conference.

“I don’t like it when my friends are injured but I work hard every day and I’m ready to play.

“It’s not easy. Sometimes I’m not happy because I want to play but I keep on working.

“When I decided to come to City I knew it was going to be hard because we have Sergio, who is the top scorer of the club and he scores every game.

“I know this but I think I have a chance to play with Pep, with top players here and at a great big club, so that is why I came, to enjoy and learn.”