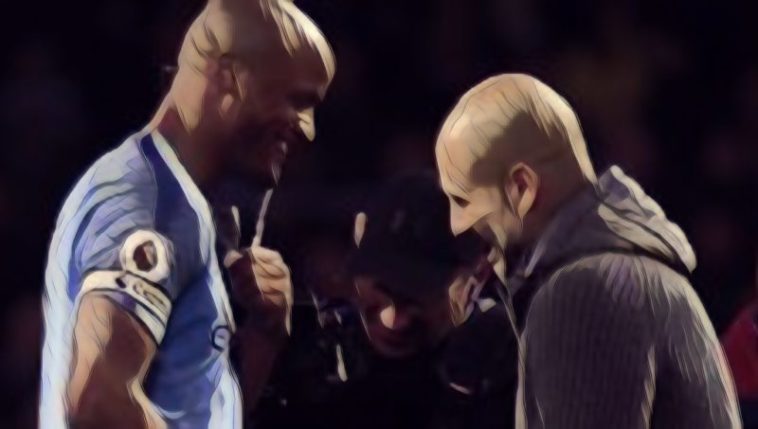 Vincent Kompany has lauded Pep Guardiola as ‘truly the best’ and urged Manchester City to tie down the Spaniard to a new long term contract at the Etihad.

The former Barcelona and Bayern Munich coach has enjoyed a hugely successful tenure in English football, winning back-to-back league titles and a domestic treble since his arrival in the Premier League three years ago.

Guardiola signed a new deal with the club last year, extending his stay until 2021, though reports have emerged that his contract contains a clause allowing the 48-year-old to leave the club at the end of the current campaign – though this has been denied by the City boss.

Former Man City captain Kompany, now player-coach at Anderlecht, has praised Guardiola’s abilities and urged his old side to secure the manager’s future as soon as possible.

Asked about the prospect of becoming a future City boss himself, Kompany told Sky Sports: “I am not thinking about that.

“My ambition is right now to be successful with a project and deliver that successfully.

“If I was in a deciding position at City now, I would do everything I can to keep Pep for as long as I can. He is truly the best.

“To say anyone will ever come near, it is speculating in a ludicrous way.”

Guardiola not giving up on catching Liverpool, but admits title thoughts are ‘unrealistic right now’