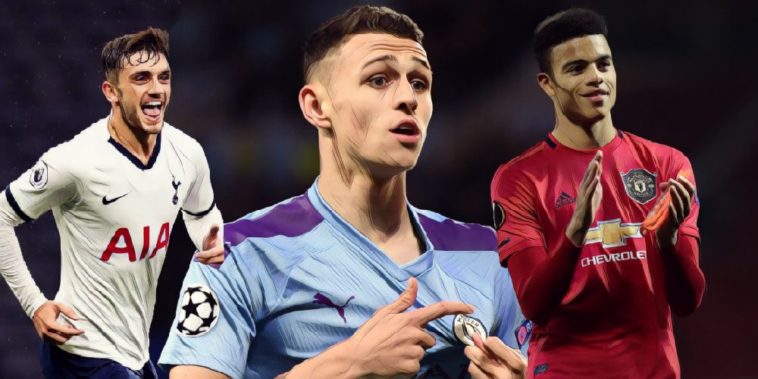 The opening months of the Premier League season has seen a host of young talent given their opportunity, with Frank Lampard’s arrival at Chelsea and introduction of the likes of Mason Mount and Fikayo Tomori a notable narrative of the campaign so far.

Precociously talented prospects are not solely limited to Lampard’s lads at Stamford Bridge, however, and as the calendar year draws to a close we’ve decided to pick out five of the best youngster’s we’re hoping receive more minutes in the new year.

Manchester United possess a long and illustrious history of producing homegrown talents, their recent fixture with Everton the 4000th consecutive fixture that the club have had an academy graduate in their matchday squad.

It is a remarkable record and an occasion that was fittingly capped by a goal for teenage forward Greenwood, the 18-year-old the latest bright hope to emerge from the club’s ranks and looking increasingly like a star of the future.

Greenwood has drawn comparison’s with former United favourite Robin van Persie for his elegant style and cultured left foot, though he is equally adept on his ‘weaker’ right foot and has been described as one of the best ‘natural finishers’ he has seen by manager Ole Gunnar Solskjaer.

Solskjaer admitted recently that it is becoming increasingly difficult to leave the forward on the sidelines given his recent form, Greenwood having scored seven goals in all competitions this season so far, and increased game time is likely for a player who seems comfortable at the highest level.

Perhaps the least heralded of Arsenal‘s summer arrivals, the forward has quickly become a reason for huge excitement amongst the club’s supporters despite their struggles so far this season.

Signed from Brazilian side Ituano for just £6m and tipped as one for the future, Martinelli’s impact has seen him move into contention to become an automatic starter with his obvious ability having won many admirers.

The 18-year-old works hard out of position and has demonstrated his goalscoring prowess, scoring eight times in just nine starts in all competitions, including a brace in a thrilling League Cup draw at Liverpool.

Martinelli is part of a promising core of young talent at the Emirates including the likes of Bukayo Saka and Emile Smith Rowe and will hope to continue his seemingly seamless adaptation to life in English football under new manager Mikel Arteta, who must be pleased to have inherited the summer signing as a parting gift from the sacked Unai Emery.

Chelsea‘s youngsters have drawn plenty of plaudits so far this season and rightly so, but perhaps the most talented of all of Lampard’s lads has struggled to pick up any kind of momentum during the opening months of the campaign.

Having recovered from a long-term Achilles injury and committed his future to the club by signing a new deal, hopes were high that this would be Hudson-Odoi’s true breakthrough campaign though it is yet to prove so.

The 19-year-old has started just five times in all competitions thus far, failing to register a goal and falling behind the likes of Christian Pulisic and Willian in Lampard’s pecking order.

Despite his lack of minutes Hudson-Odoi has managed to total four assists, highlighting his undoubted quality, and he will hope for increased involvement over the second half of the season and he looks to force his way into Gareth Southgate’s England squad for next summer’s European Championships.

It seems the clamour for Phil Foden to be regularly included at Manchester City has been going on for some time now, but despite having long been tipped as a star of English football the teenager is yet to earn the minutes needed to fulfil his vast potential.

Guardiola’s refusal to allow the Stockport-born midfielder to leave the club on loan is testament to his abilities and the regard in which he is held, though there will come a time that Foden needs regular football in order to not stagnate his development.

David Silva’s impending departure next summer is likely to increase his involvement at the Etihad, though Foden will hope to earn more action in the coming months after making just one Premier League start for the season so far.

The 19-year-old is a future England international in the making and possesses the creative ability often lacking in the Three Lions midfield, and having seen the likes of Mason Mount and James Maddison flourish in recent times will feel he has the same capabilities to make a similar, if not greater, impact at the top level.

Tottenham manager Jose Mourinho has long defended his record with young players despite criticism in the past, and he now has the prospect of Irish football’s best young talent for a generation in his hands following his move to north London last month.

Mourinho has already shown a willingness to nurture the 17-year-old during his first few weeks at Spurs, handing him the match ball to mark the occasion after his Premier League debut this month.

Parrott was handed his senior international debut for Ireland against New Zealand in November and is being tipped for a big future after scoring 19 goals in 27 appearances for Spurs’ various youth sides last season.

The striker is also the joint-top scorer in the UEFA Youth League this season with six goals, and the Dublin-born youngster will hope to stake his claim as a back-up option to Harry Kane in the coming months with Spurs lacking alternative forward options.