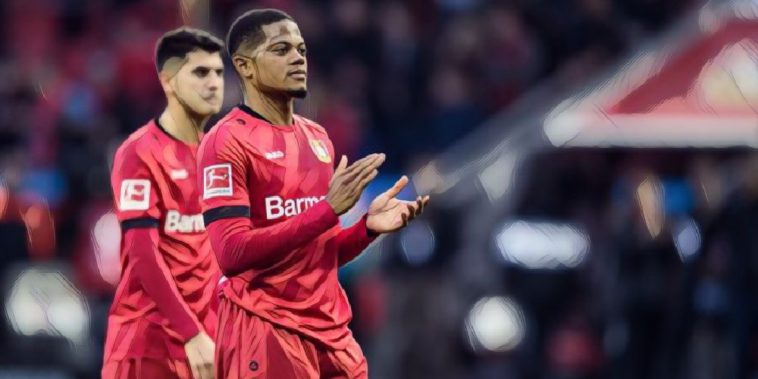 Manchester City are eyeing a move for Bayer Leverkusen winger Leon Bailey as a potential replacement for Leroy Sane.

The Premier League champions are preparing for the departure of Germany international Sane this summer, the 24-year-old set to enter the final year of his contract at the Etihad and subject of strong interest from Bayern Munich.

Sane is yet to make a competitive appearance so far this season after suffering an ACL injury in Man City‘s Community Shield victory over Liverpool last August, though is now nearing a return to first-team football and could play some part in the conclusion of the rescheduled Premier League campaign.

Despite his impending return, however, Pep Guardiola’s side are resigned to losing the player at the end of the season with Sane reportedly having set his sights on a return to the Bundesliga.

According to the Mail, City are now considering their options to replace the wantaway star and are eyeing a move for Jamaican international Bailey, the winger having impressed since moving to German football from Genk three years ago.

The 22-year-old reportedly ignored interest from the Premier League to sign for Leverkusen in a €20m deal, where he has since scored 24 goals in 107 appearances in all competitions.

Quick, direct and left-footed, the youngster is viewed as the ideal replacement for Sane, with the report suggesting he would likely cost in the region of £40 million.

See also – Skippers: Ranking every player to captain his side to more than one Premier League title