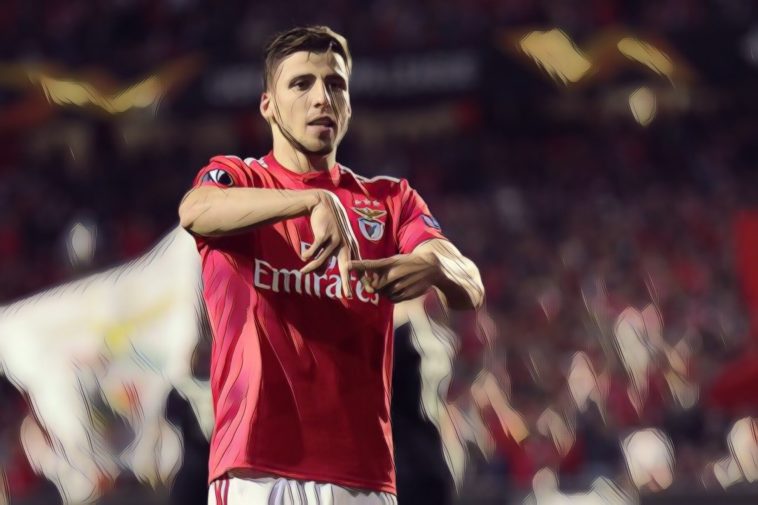 Manchester City are reportedly eyeing a January move for Benfica defender Ruben Dias as the club look to end their defensive struggles.

Pep Guardiola’s depleted side have slipped to eight points behind early leaders Liverpool in the title race, with midfielder Fernandinho having been utilised at centre-back in recent weeks due to a lack of defensive cover.

The club’s failure to replace the departed Vincent Kompany and subsequent injuries to Aymeric Laporte and John Stones has seen their options exposed, though the Premier League champions could opt to bolster their squad in the winter window with a move for Benfica star Dias.

The Portugal international has emerged as one of the most promising young defenders in Europe having come through the youth ranks at the Lisbon side, helping Benfica to the Portuguese league title last season.

The 22-year-old has previously been linked with a move to both Arsenal and Manchester United, but according to the Mirror, City could now look to hijack the deal in their search for reinforcements.

Dias is believed to have a release clause of £59m in his contract, though Benfica are currently attempting to renegotiate his deal to raise those terms to £79m.

Man City are also likely to face competition from some of Europe’s leading sides, with Atletico Madrid and Juventus having also expressed an interest in signing the young defender.

Read: Aguero reveals how ‘super intense’ Guardiola forced him to ‘adapt’ his game

See also: Why Man City’s backline is at the heart of their strife this season