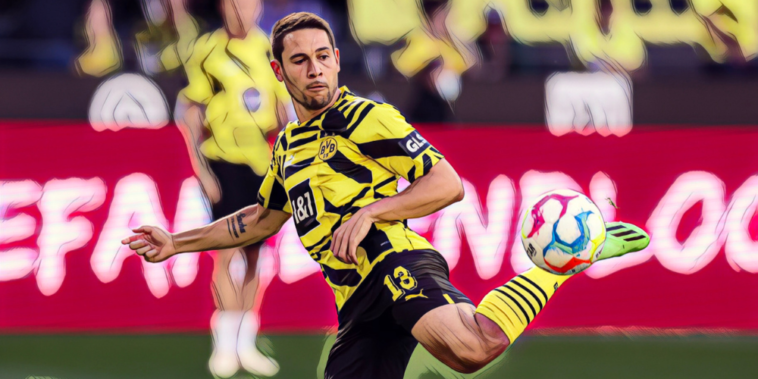 Manchester City are considering a move to sign Raphael Guerreiro from Borussia Dortmund as the club look to increase their options at left-back.

City are assessing a number of potential targets as the Premier League champions look to bring in a full-back before the deadline, with Guerreiro on the club’s shortlist.

Sky Sports are reporting that City have turned to Guerreiro after missing out on the signing of Marc Cucurella to Chelsea, with Pep Guardiola’s side unwilling to meet Brighton’s asking price.

Guerreiro has featured predominantly at left-back for Dortmund, but has also occupied a midfield role on occasion for the Bundesliga side. He scored 34 goals and provided 37 assists in 189 appearances since signing from Lorient in 2016.

The 28-year-old joined Dortmund after helping Portugal to success at Euro 2016 and has won 56 caps for the national side.

City are also monitoring Stuttgart’s Borna Sosa, while negotiations to sign Anderlecht full-back Sergio Gomez are at an advanced stage. The latter is viewed as a development player however, and is expected to join Girona on loan once a deal is completed.