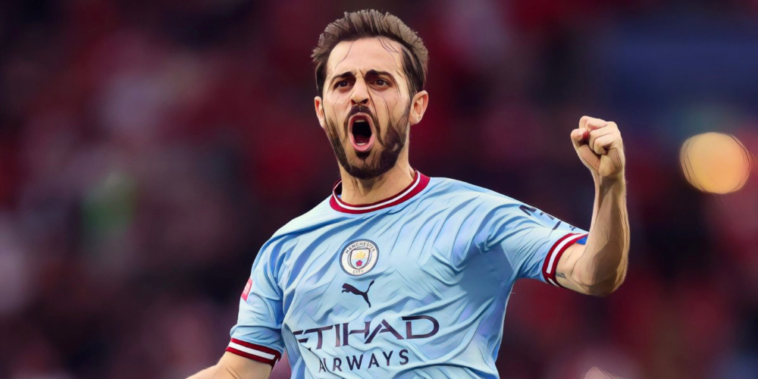 Manchester City have dismissed reports that the club have agreed a deal to sell Bernardo Silva to Barcelona.

Barcelona have renewed their interest in signing Silva after an approach last summer and the midfielder is said to be keen on a move to the Camp Nou after five seasons in the Premier League.

Reports in Barcelona this week claimed the two clubs had reached an agreement over a fee of £46m for the 28-year-old, who wants to pursue a move in order to be closer to his family in Portugal.

However, the Mail are reporting that City have dismissed the reports and the Premier League champions are understood to value Silva at around £80m, a figure which appears prohibitive for Barcelona amid the club’s financial issues.

Pep Guardiola has reiterated his desire to keep Silva at the club, but insists he is open to the exit of any player who is unhappy at the Etihad.

“What happens will happen, and if he stays it is perfect and in the end, if he has to leave it is because football is like this; the player has a desire,” Guardiola said at the weekend.

“I will not be a person to stop a desire for the people. When you are a football player it is so short, you don’t realise and it is nearly over. The player will have to talk to the club and I have never ever been involved in that.

Barcelona are currently unable to register their five new signings as a result of the club’s concerning finance, with the Catalans currently working on the sales of players and assets to meet La Liga’s financial rules.