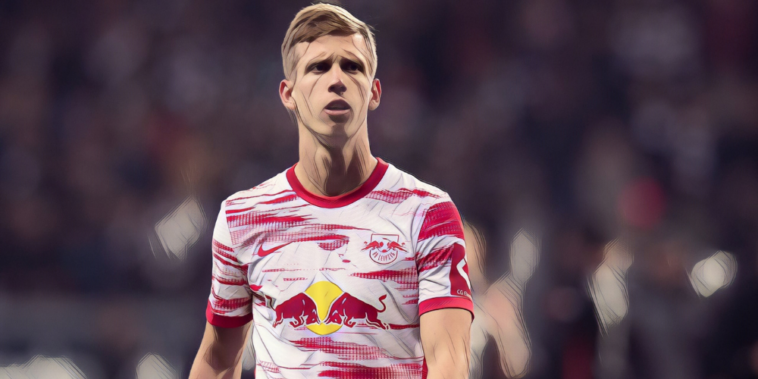 Manchester City are considering a move for Dani Olmo as a potential replacement for Ferran Torres.

Torres has been linked with an exit from the Etihad with Barcelona keen to sign the forward, the Spain international understood to be interested in the prospect of leaving the Premier League champions and returning to La Liga.

The 21-year-old has impressed since signing for City from Valencia, though is open to the prospect of joining Barcelona after establishing himself as a key figure in the Spain national side.

Barcelona’s interest comes despite reaching an agreement with RB Leipzig star Dani Olmo last summer and the club’s interest in Torres has now opened the door for City.

El Nacional are reporting that Olmo’s representatives have been left disappointed with Barcelona, having believed a move to the Catalans would materialise at the end of the season.

Barcelona’s interest in Torres has now placed that deal in doubt, and City could capitalise by making a move for Olmo as Torres’ replacement at the Etihad.

Olmo has scored 12 goals and provided 14 assists in 67 appearances for Leipzig since arriving from Dinamo Zagreb, establishing himself in the Spain national side and featuring in the side that reached the semi-finals of Euro 2020.

Versatile and hard-working, he would fit the mould of a Pep Guardiola forward and is believed to be keen to leave the Bundesliga side in search of a new challenge at the end of the season.

Leipzig are believed to be seeking a fee of around €50m for the 23-year-old, who is said to be interested in the prospect of working under Guardiola and moving to the Premier League.

However, whether Barcelona could fund any move for Torres is yet to be seen, with SPORT saying that the Premier League champions would demand €80m, €30m more than the cash-strapped Catalans would be able to pay.