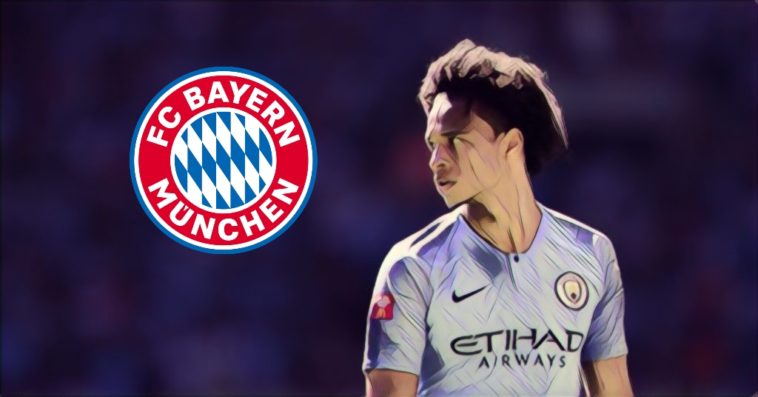 Manchester City’s players are said to be ‘increasingly convinced’ that Leroy Sane will leave the club in the summer and complete a move to Bayern Munich.

The Germany international was strongly linked with a move to the Bundesliga giants back in the summer, though whether the Bavarian side were willing to pay Manchester City‘s hefty asking price of over £100 million is unknown.

Bayern finally pulled the plug on a move after Sane ruptured his anterior cruciate ligament in early August, though their interest in the 23-year-old has not gone away.

The former Schalke winger has just over 18-months remaining on his current deal at the Etihad, and has shown no intent to extend his stay in East Manchester, meaning the reigning Premier League champions could be forced to do a cut-price deal next summer to prevent losing their asset for free in 2021.

The Telegraph are reporting that Man City are already lining up potential replacements for Sane, Real Sociedad’s Mikel Oyarzabal said to be one potential target, with the City dressing room becoming ‘increasingly convinced’ that the winger will be returning to his homeland in the summer.

Over the last two season’s, Sane has been a crucial cog in Pep Guardiola’s side, scoring 20 goals and providing 25 assists since the start of the 2017/18 campaign.