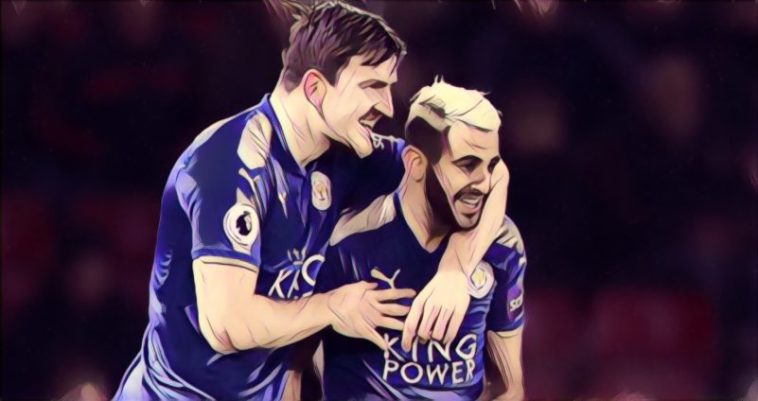 Maguire joined Leicester from relegated Hull City for £17 million last summer, and forced his way into Gareth Southgate’s Three Lions squad for this summers World Cup after a string of impressive performances at the King Power.

England went on a superb run to the semi-final in Russia, with the 25-year-old Sheffield born defender one of his sides stand out performers. His commanding displays at the back for the Three Lions have not gone unnoticed however, and as we reported earlier he has today been linked with a £50 million move to Manchester United.

Speaking at his official unveiling as a Man City player, Mahrez admitted he has not been surprised by his former team-mates form in Russia:

“I believe ‘H’ is a very good player. Since the day he came to Leicester, and after the season he had last season as well, it doesn’t surprise me when I see his level at the World Cup.

“Of course he deserves to play higher but Leicester are a good club as well, so let’s see. He’ll have to decide.”

Mahrez also revealed that his main motivation for joining Pep Guardiola’s side was to win the Champions League.