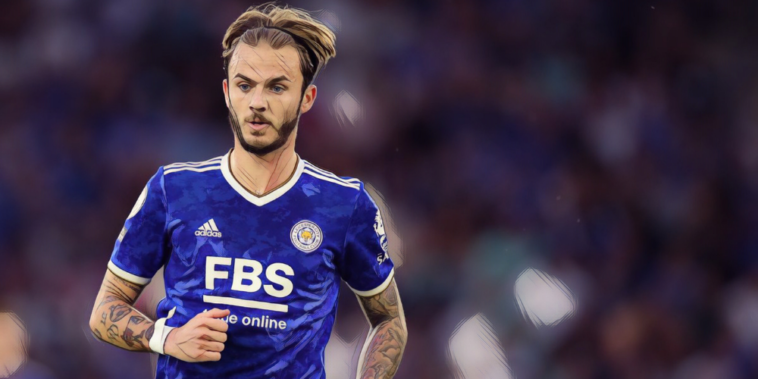 Arsenal’s interest in Leicester’s James Maddison is ‘unlikely’ to result in a deal this summer, with Martin Odegaard and Houssem Aouar options as the club seek a creative midfielder.

Maddison is reported to have ‘admirers’ at the north London side as Mikel Arteta targets additional creativity before the closure of the transfer window, though The Athletic say that the cost of a deal for the midfielder is proving ‘prohibitive’ and makes the deal ‘unlikely’.

Recent reports have suggested that Leicester would demand a fee of around £70m for Maddison, whilst his contract demands would likely be upwards of the £110,000-a-week he currently earns at the King Power Stadium.

The report adds that Arsenal are continuing to monitor Martin Odegaard’s situation at Real Madrid, the midfielder’s role as yet unclear under new manager Carlo Ancelotti after spending the second half of last season on loan at the Emirates.

Houssem Aouar is also on the club’s radar and was linked with the Gunners last season, though talks with Lyon failed to progress as hoped and interest is said to have ‘waned’ during the January window.

Arsenal have struggled to raise funds through the sales of unwanted first-team players with the likes of Alexandre Lacazette, Hector Bellerin and Granit Xhaka amongst those who remain at the club despite speculation over potential exits.

Arteta also remains keen to sign a back-up goalkeeper before the window’s closure next month amid links with Sheffield United’s Aaron Ramsdale and Barcelona’s Neto, though the report says a deal for Sam Johnstone is also ‘unlikely’.