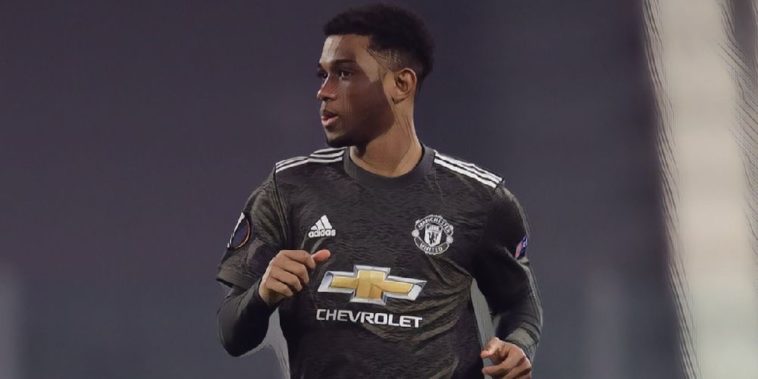 The 18-year-old arrived at Old Trafford from Atalanta on a £37m deal last month, after the club had initially agreed for the transfer to go ahead back on transfer deadline day in October.

The winger has been eased into life at Manchester United, yet impressive performances for the club’s U23 side has heightened the calls for more first team action.

That first taste of senior football for the Red Devils came on Thursday night, the teenager making a late cameo appearance during the 4-0 win over Real Sociedad in the Europa League last-32 tie.

While he was not afforded too much time to make an impact, a few classy moments have already set tongues wagging among the United fanbase, with hopes that he will become a more permanent fixture of the first-team in the coming weeks.

It’s not only the fans he has impressed, however, with defender Luke Shaw full of praise for what he described as a ‘wonderful talent’.

“He’s still so young but he’s come into training and you can tell he’s got confidence,” Shaw told Sky Sports.

“You can tell by the way he plays, his first touch is brilliant, the way he takes the ball and drives at players. He’s got great skill.

“Of course, like I said, very and got a long way to go. But you can tell already he’s going to be one for the future and I’m sure he’s not far away from getting a first team appearance.

“He’s a wonderful talent and already a wonderful player so I’m sure fans are looking forward to seeing him on the pitch.”

The England international has revealed that comparisons have already been made between Amad and one of the Premier League‘s best wingers, with the youngster reminding Harry Maguire of Manchester City man Riyad Mahrez.

“It was interesting because Harry said to me the other day that he reminds him of Mahrez when he was at Leicester,” Shaw added.

“Really quick, skilful, agility, can turn really quick, got great skills and I would agree with Harry – he does remind me of Mahrez.

“Even the way Mahrez plays now I’ve seen the qualities that Amad already has and has shown in training.

“Mahrez is a wonderful player so hopefully if he’s any good like him it would be great for United.”

See also – Rebooting his career in claret and blue, Jesse Lingard is making up for lost time