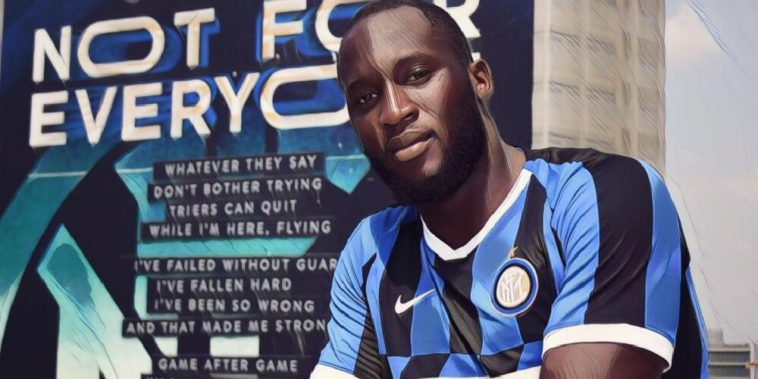 Romelu Lukaku has discussed his Manchester United exit and says he ‘didn’t feel protected’ by the club.

Lukaku completed a £73m move to Inter Milan this summer and has opened up on his Old Trafford departure, the forward admitting that Manchester United‘s refusal to shut down speculation linking him with a move away helped him to realise that his future lay away from the club.

“A lot of stuff has been said where I didn’t feel protected,” Lukaku told the LightHarted Podcast.

“I felt like [there was] a lot of rumours: “Rom going there”; “They don’t want Rom”, and nobody came out to shut it down.

“It was for a good three, four weeks. I’m waiting for someone to come out and shut it down. It didn’t happen.

“I had my conversation, told them it was better to go our separate ways. If you don’t want to protect somebody, all these rumours come out.

“I just wanted you to say: “Rom is going to fight for his place”, but it never happened for four, five months. It was all: “He’s got to go, he doesn’t deserve to be there”. Well OK, then I want to go now.

“There is fighting for your position, but also being somewhere that people want you to be. If you’re happy, you find a way. It doesn’t matter if you’re on the bench or starting.

“But nobody told me that was the situation, so I thought for two, three weeks to analyse, see all this s**t coming out in the media.

“Who leaks it? Not me. Not my agent. I see it on my phone come out of nowhere. I told them it’s not good for me to be at a place where I’m not wanted.

“We’re not stupid. They consider us dumb, but we are not dumb, we know who is doing leaks and stuff. I told them: ‘You can’t be working like this, it’s better for me to go now.’”