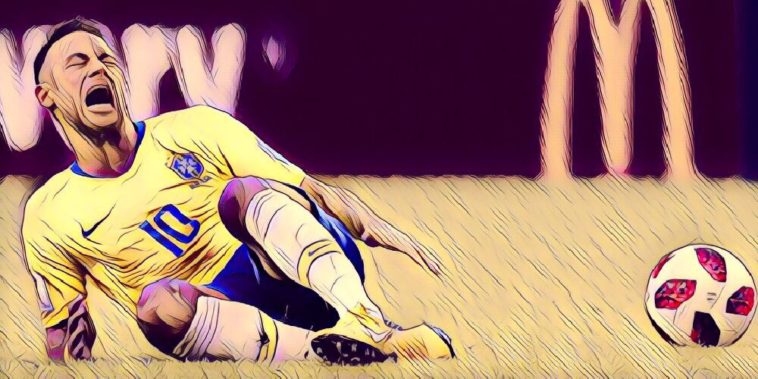 Romelu Lukaku has jumped to the defence of Neymar, saying he is ‘not an actor,’ after several days of heavy criticism for the Brazil star.

The worlds most expensive player has been both lambasted in the media, and ridiculed on social media after a number of hilariously over the top reactions during this summers World Cup in Russia.

The latest incident saw the £200 million man react like he had been shot after former Watford defender Miguel Layun trod on his ankle, leaving Republic of Ireland boss Martin O’Neill to describe his antics as ‘pathetic.’

However Manchester United and Belgium striker Romelu Lukaku has jumped to Neymar’s defence, describing him as ‘one of the best players in the world’:

“Neymar is not an actor,” Lukaku said.

“He is one of the best players in the world. I will play against him for the second time and I am looking forward.”

Lukaku, who has scored four goals so far, is currently in second place in the running to win the Golden Boot behind England’s Harry Kane. Neymar meanwhile has only managed to find the net twice so far, including the opener in their last 16 tie against Mexico.

The Brazilians may be the favourites to lift their sixth World Cup, but will have to do it the hard way, facing many people’s dark horses Belgium in today’s highly anticipated quarter-finals.

The winner of that game will then face either Uruguay or France in the semi-final.