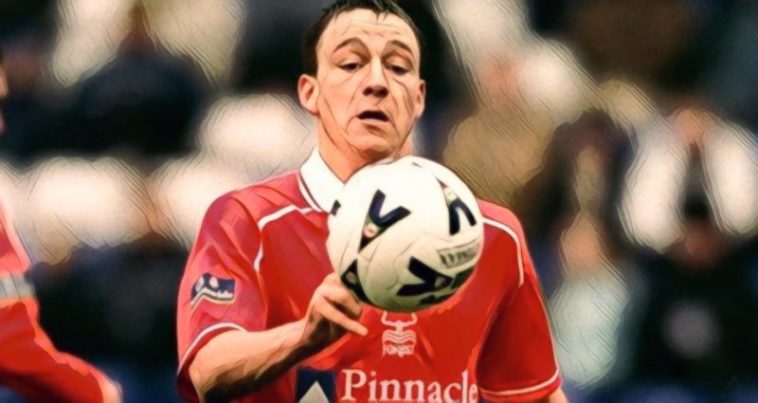 Loan spells are a major part of modern football and temporary moves have played a huge part in the careers of some of the game’s greats, a period of first-team football which can allow their talents to flourish.

Whilst several of these mutually beneficial agreements are fondly remembered in footballing circles, others have been confined to the historical archives and almost forgotten entirely.

We’ve decided to revisit some of the least remembered loans of Premier League past, here are five legend’s often forgotten early loan moves:

John Terry established himself as a Chelsea legend and arguably the Premier League’s best ever defender during a trophy-laden spell at Stamford Bridge, the former England captain often referred to as one of the game’s great one-club men prior to his final season swansong at Aston Villa.

That narrative, however, is not quite correct, with a young Terry enjoying a brief period on loan at Nottingham Forest shortly after his first-team breakthrough at the west London side.

The young defender headed to the City Ground having been unable to displace World Cup-winning French duo Marcel Desailly and Frank Lebouef at Chelsea, making six appearances for the second-tier side who had struggled to bounce back after relegation from the Premier League.

Terry described his spell at Forest as ‘invaluable’ to his development as a young player and his notorious leadership skills were already on show despite his tender years, the club remaining unbeaten throughout his brief spell in the East Midlands.

Terry returned to Chelsea and slowly forced his way into the first-team reckoning, going on to become the most successful captain in the club’s history, winning five league titles and the Champions League amongst his list of major honours.

ON THIS DAY in 2000: On-loan @chelseafc defender John Terry made his City Ground debut for #NFFC. pic.twitter.com/qXe4IxoJL2

Arguably the greatest left-back of the Premier League era and perhaps the finest England has produced, Ashley Cole won a clean sweep of major honours and record seven FA Cups during spells at London giants Arsenal and Chelsea, coming through the ranks at the former before a controversial switch across the capital.

Cole made his debut for Arsenal as a teenager in 1999 before heading to Selhurst Park on a temporary deal, making 14 league appearances and scoring once as Palace secured a mid-table finish in the second tier.

Having learned his trade away from north London, Cole returned to Highbury and overhauled Sylvinho as Arsenal’s first-choice left-back during the 2000/01 season and never looked back, winning two league titles with the club including forming part of the famed ‘Invincibles’ side in 2004.

He later made the move across London to join Chelsea, winning eight major honours at Stamford Bridge including the 2012 Champions League.

Ashley Cole playing for Crystal Palace in the 99/00 season. pic.twitter.com/d9AUBnPZPb

Harry Redknapp’s relationship with former club Bournemouth saw the Cherries borrow some of West Ham’s brightest young talents during his reign at Upton Park, but whilst the prolific loan spell of Jermain Defoe on the South Coast is widely remembered, Rio Ferdinand’s brief spell at the club is often forgotten.

Ferdinand, who had made just three brief substitute appearances for the Hammers, headed to Bournemouth just two days after his 18th birthday to join a side struggling near the foot of the third tier and in the midst of a defensive crisis.

The defender made his debut against Blackpool and made a further ten appearances before returning to West Ham, contributing to an upturn in form for Mel Machin’s side who began to climb the table.

Speaking on the experience, Ferdinand believes his temporary stint was the ‘perfect’ step at that stage of his career.

“Mel Machin was fantastic for me and gave me a ridiculous amount of confidence. He allowed me to flourish and to understand what it was like to play men’s football and what it meant to fans on a Saturday.

“It took everything back to reality and really stripped it back. I would wash my own kit on a Monday and we would train in the local park.

“Things like that really kept you grounded and made you think “I appreciate where I am but I know I don’t want to have to play at this level”.

“That wasn’t being disrespectful because it was hard. It made me realise where I was and I knew I was lucky. I knew I needed to work hard to remain there or go on to better things so it was perfect in all aspects for me.”

Ferdinand forced his way into the West Ham side on his return and later became the world’s most expensive defender on two occasions, enjoying a 12-year career with Manchester United that delivered six league titles and the Champions League.

Rio Ferdinand on loan at Bournemouth during the 1996/97 season. He played 10 games for the cherries. pic.twitter.com/bX6jkD8dbB

Peter Crouch proved a hugely popular figure at a succession of Premier League clubs and holds the record for the most headed goals in the division’s history, though the towering target man had to overcome several obstacles before establishing himself at the highest level.

Beginning his youth career in the colours of Tottenham, Crouch failed to make a single first-team appearance and was twice sent out on loan, firstly to non-league Dulwich Hamlet before a brief spell in the third tier of Swedish football with IFK Hässelholm.

Crouch described the move to Scandinavia – where he scored three goals in eight appearances – as ‘one of the best things’ he ever did and it laid the foundations for a career which would see the forward win over the doubters in some style.

Crouch finished his career with an FA Cup winners’ medal and a fine record of 22 goals in just 42 appearances for England, enjoying impressive spells at the likes of Liverpool, Tottenham and Stoke and scoring over a century of Premier League goals.

Throwback to when @petercrouch played for IFK Hässleholm in Sweden😊🇸🇪

Milner burst onto the scene as a precociously talented youngster at Leeds United, becoming the youngest ever player to score in the Premier League after finding the net against Sunderland on Boxing Day 2002.

The midfielder later established himself as a regular at his boyhood side before enjoying successful spells at the likes of Newcastle, Aston Villa, Manchester City and Liverpool, though often forgotten is a brief stint at lowly Swindon shortly after his record-breaking intervention.

Despite his immediate impact at the highest level, Milner was sent to third tier Swindon to continue his development just months after his history-making moment, playing six times and scoring twice against Peterborough and Luton respectively.

Milner returned to Elland Road as first-team players continued to be sold amid the club’s financial crisis, himself included as Leeds were relegated from the Premier League in 2004.

Since then the midfielder has been named as the PFA Young Player of the Year at Aston Villa, won two league titles at Manchester City and helped Liverpool to Champions League success under Jurgen Klopp last season.

Still going strong at 34-years-old, he has made the sixth-most appearances of any player in Premier League history.