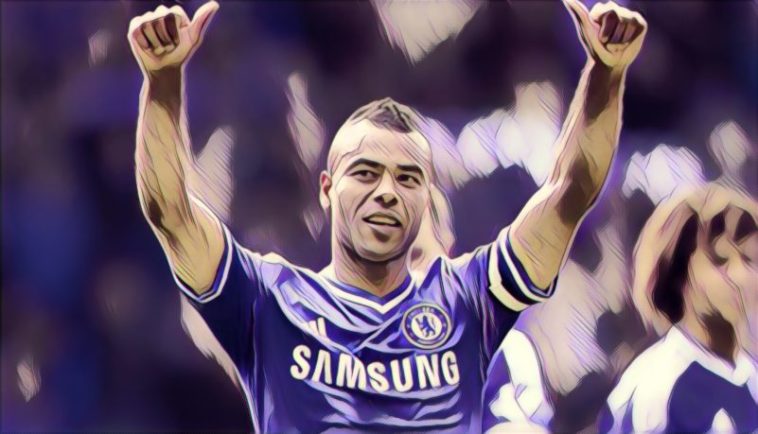 With our much loved Premier League having celebrated its 27th Birthday last season we thought it would be the perfect time to look back at the best players to feature in each position over the last quarter-century or so. Let’s start the ball rolling with left-back.

Winterburn joined Arsenal from Wimbledon in 1987 and would go on to to become part of arguably the greatest back four English football has ever seen. Along with right-back Lee Dixon and centre-backs Tony Adams and Steve Bould, they would form a formidable defensive unit that was notoriously difficult to breach.

Winterburn would make a total of 440 appearances for Arsenal before finishing off his career with three seasons at West Ham, until his retirement at the age of 39.

Although the England international was more renowned for his defensive ability than his attacking play, many will still remember him for this thunderous last-minute winner he struck against Chelsea in 1998.

Before becoming famous for his insane Instagram posts and kicking fans in the head Patrice Evra was once a world-class left-back. The French international joined Manchester United in 2006 from Monaco for £5.5 million, and despite having a nightmare on his debut against Liverpool he would go onto become one of Sir Alex Ferguson’s most trusted lieutenants.

Evra was a superb athlete capable of covering huge amounts of ground, and was equally strong in both attack and defence. He left United in 2014 as a club legend having won five Premier League titles.

Riise spent seven seasons at Anfield after joining from Norwegian club Aalesund. The 110 cap Norway international was a solid full back renowned for his hammer-like left peg.

He made 234 appearances for the Reds and was part of the team that famously won the Champions League in 2004, although he will probably be most widely remembered by Liverpool fans for almost breaking the net with this thunderbastard of a free-kick against the Anfield club’s arch-rivals, Man United.

He left Liverpool in 2008 for Serie A side Roma, before returning to the Premier League in 2011 and playing for Fulham for three seasons.

The £625,000 Sir Alex Ferguson paid Oldham Athletic in 1990 for the services of Irish left-back Denis Irwin will surely go down as one of the legendary Scots best value for money deals.

The Republic of Ireland international was one of Fergie’s most consistent performers over his 12 seasons at Old Trafford. Despite being a quiet and reserved character off the pitch, the Cork native was a fearsome competitor once he crossed the white line, and was also famed for his lethal ability taking free-kicks and corners.

Irwin left Manchester United in 2002 to finish his career at Wolves having made 368 appearances for the Red Devils and won seven Premier League titles, three FA Cups, a League Cup and the Champions League.

Despite being massively unpopular with the vast majority of football fans Ashley Cole is still widely considered to be the best left-back in Premier League history.

The 107 cap England international started his career at Arsenal and was part of the famous Invincible side that went unbeaten on the way to the 2004 Premier League title. After losing the Champions League final against Barcelona in 2006 the talented left-back controversially decided to move to the Gunners London rivals Chelsea.

Making the move to Stamford Bridge lead to many fans labelling Cole ”Cashley,” as most believed his decision to move was based purely on financial greed.

However, he would go to win the Premier League and Champions League with the Blues while his former club went on a decade-long run of winning no silverware. Cole also won four FA Cups with Chelsea and combined with the three he had already won with Arsenal, make him the player with the most amount of winners medals in the famous competition’s history.

Cole moved to Italian side Roma in 2014, before spending a couple of seasons in MLS with LA Galaxy. Last season he teamed up with former teammate Frank Lampard at Derby, but their reunion would end in heartbreak as the Rams lost in the playoff final against Aston Villa. At the age of 38 Cole called time on his illustrious career over the weekend.

Read Also: Five of the best goals from the halfway line