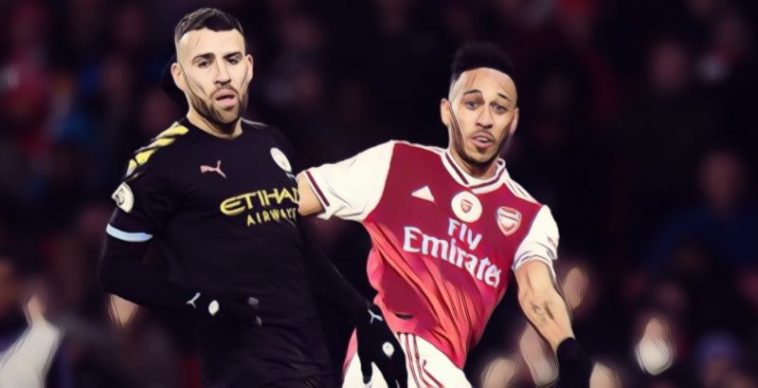 Arsenal were completely outclassed by Man City at the Emirates this evening, although despite seeing his side lose 3-0, caretaker boss Freddie Ljungberg insisted he was proud the Gunners showing.

It took just two minutes for the reigning Premier League champions to exert their authority, Kevin De Bruyne lashing home into the roof of the net.

Belgian midfielder De Bruyne was at his mercurial best at the Emirates, laying on a fine assist for Raheem Sterling, before firing home an excellent left-footed effort to kill the game as a contest with just 40 minutes on the clock.

Man City seemed to almost take pity on an abject Arsenal side during the second period, with Guardiola’s side content to play keep ball as the Gunners chased shadows.

Gunners boss Ljungberg admitted afterwards that his side simply couldn’t live with quality of opposition they were up against.

“It shows the quality Manchester City have in their side,” Ljungberg told Sky Sports.

Arsenal have failed to score in just three Premier League home games since the start of the 2017-18 season:

”Kevin de Bruyne showed his quality. We had worked on our structure and we had five against two but they still managed to score.

“They are the champions. I was proud of our boys. When you look at the age of the side that finished it was not an old side.

“I felt we kept the ball OK and played well. But we couldn’t get that final spark and when you are 2-0 and 3-0 down early it takes the edge off.

“The players showed spirit but it is hard to play at 3-0 down.

“If you look you see the players and price tags they put in from the bench, we have young kids who we put on. There is a gulf but I am still proud of the boys.”

Arsenal sit in ninth place in the table after today’s result and face an away trip to Everton next.