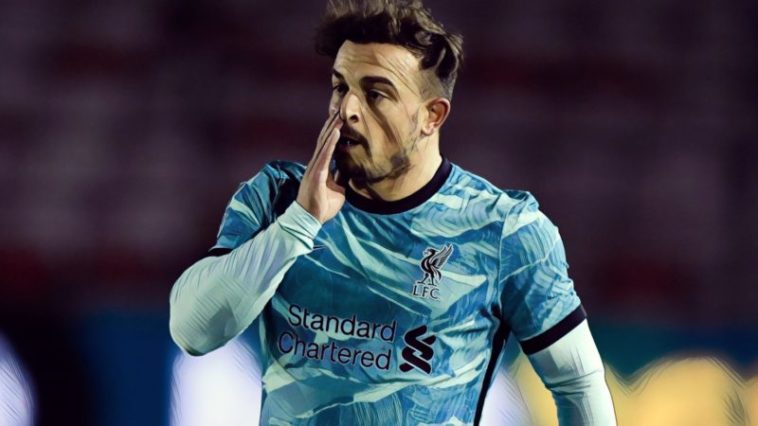 Shaqiri has tested positive after linking up with the Switzerland squad for their fixtures against Croatia, Spain and Germany with the nation’s FA confirming the player will now spend time in isolation as per protocols.

A statement from the Swiss Football Association released on Tuesday read: “Xherdan Shaqiri has tested positive for Covid-19. In consultation with the health authorities, he is in isolation.”

The 28-year-old becomes the third Liverpool player to receive a positive test in recent weeks following the absences of Sadio Mane and Thiago Alcantara, though that duo could yet return for a hugely anticipated Merseyside derby with league leaders Everton on October 17.

Southampton, however, are likely to be without Armstrong for their trip to Chelsea with the Scotland midfielder now required to spend 10 days in isolation, whilst the player’s positive test is also bad news for Arsenal.

Kieran Tierney will now miss their trip to Manchester City with the left-back required to self-isolate for 14 days as a close contact of Armstrong, alongside Celtic’s Ryan Christie with each of the players withdrawing from the Scotland squad.

The absence of the trio is a major blow for Scotland who will now be without the players for their crucial Euro 2020 play-off semi-final against Israel tomorrow evening, in addition to Nations League fixtures against Slovakia and the Czech Republic respectively.